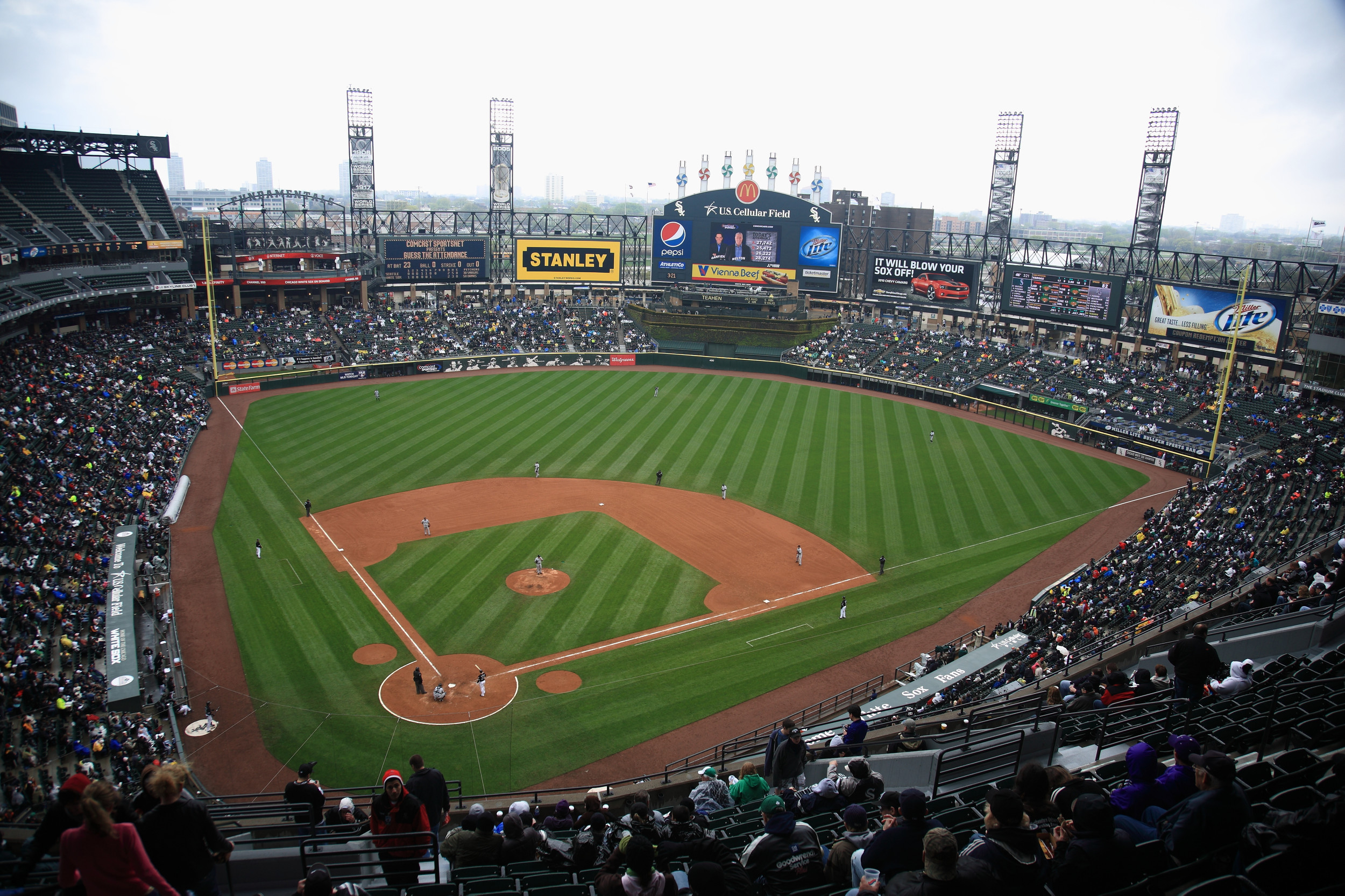 On the day the White Sox traded for third baseman Todd Frazier in December, slugger Jose Abreu celebrated at the El Floridita restaurant in Havana.

Good news travels fast too. Abreu already was in a buoyant mood during his homecoming as part of Major League Baseball's goodwill tour, but it got noticeably better after being told about his new teammate. The gregarious Cuban made his way through the adoring crowd full of countrymen, made eye contact with a Chicago columnist he recognized and grinned when asked about the deal.

"I love it," Abreu said in English, flashing a thumbs sign. "This is going to be great for me."

This has been great for everybody, with Frazier proving again Monday night the importance of a power bat behind Abreu by walloping a game-winning grand slam in an 8-4 victory over the Rangers in Arlington, Texas.

In what should go down as the Todd Frazier Game, the former Red went 4-for-6, hit two homers and drove in six runs. His second home run, in the 12th inning, came after the Rangers loaded the bases by issuing an intentional walk to Abreu.

That brought to the plate perhaps the majors' most valuable .215 hitter, a grinder who never let a 3-for-35 slump affect his defense and leadership. Let's just say Frazier made the Rangers pay for walking Abreu much more than the Nationals' Ryan Zimmerman punished the Cubs for walking Bryce Harper. Rounding the bases, Frazier barely could suppress a smile.

Like everything in Texas, Frazier's grand slam was even bigger because it gave the American League's best team another reason to believe this fantastic start is no fluke. Whether it's a beauty of a bunt by Austin Jackson to drive in a run or a terrific turn of a double play to save one in the 10th, the resourceful Sox keep finding ways to win. Relentlessly, they just keep coming.

The bullpen uncharacteristically blew two leads, but Frazier made it moot with a 395-foot shot into the left-field bleachers off reliever Cesar Ramos. It was the latest grand slam by a White Sox hitter in 100 years, according to ESPN Stats & Info.

"It just clicked, man," Frazier told reporters postgame. "You're here for a reason."

Yeah, but who besides the guys in the Sox clubhouse thought that reason was to hold a commanding six-game lead in the AL Central 33 games into the season?

When the Sox acquired Frazier for prospects _ they gave up outfielder Trayce Thompson, infielder Micah Johnson and pitcher Frankie Montas in the three-team trade _ it signaled their intention to contend now. Stopgap signings of veterans such as starter Mat Latos, shortstop Jimmy Rollins and Jackson followed, declaring the Sox all in for 2016 without having to alert their promotions department.

Frazier delivering in the clutch to win a game the Sox had every right to lose with fifth starter Miguel Gonzalez on the mound underscored the message to team President Ken Williams and general manager Rick Hahn: Don't stop now, boys.

The Sox need a lively left-handed bat. They will need another reliever. And yes, despite a solid outing from Gonzalez _ one earned run on three hits in 5 2/3 innings _ the rotation still needs a dependable fifth starter to make the Sox more tolerant of a Latos decline.

The more the Sox keep winning, the harder Hahn and Williams must keep looking for ways to address weaknesses. They won't play .697 ball forever. Along those lines, Williams ventured to the desert on Friday to watch former Cy Young Award winner Tim Lincecum's Arizona showcase and reportedly saw enough to make the Sox one of four teams most interested in the right-hander.

Whichever team signs him, Lincecum might as well arrive in a box stamped: "Fragile: Handle With Care" after major hip surgery. But he still sounds like a better alternative than most _ even switching to the American League. The Sox will have competition but would have to give up nothing but money to land Lincecum, and they still have $13 million in surplus from the Adam LaRoche fatherhood fund. Professing to be healthy again at 31, Lincecum looks worth pursuing as the most intriguing pitcher available.

Though it's fun to consider Mark Buehrle as an option, sources say he remains happily retired, and his agent declined an interview request. Erik Johnson has done nothing to change his reputation as a Class 4A pitcher. First-round phenom Carson Fulmer isn't ready and, even if he is by August, might help more in the bullpen the way Chris Sale initially did.

Gonzalez bought himself another start, but nobody should expect him to burst onto the scene the way, say, his former Orioles and Norfolk Tides teammate Jake Arrieta did for the Cubs. When the Orioles first moved a struggling Arrieta to the bullpen in June 2012, they sent Gonzalez to Triple-A Norfolk instead. Later that season, Arrieta followed Gonzalez to the minors only to eventually make one of baseball's most remarkable career revivals in Chicago.

The Sox would settle for steady from Gonzalez. They have other guys to supply the spectacular, and it seems to be a different one every night.

This article was written by By David Haugh from Chicago Tribune and was legally licensed through the NewsCred publisher network.