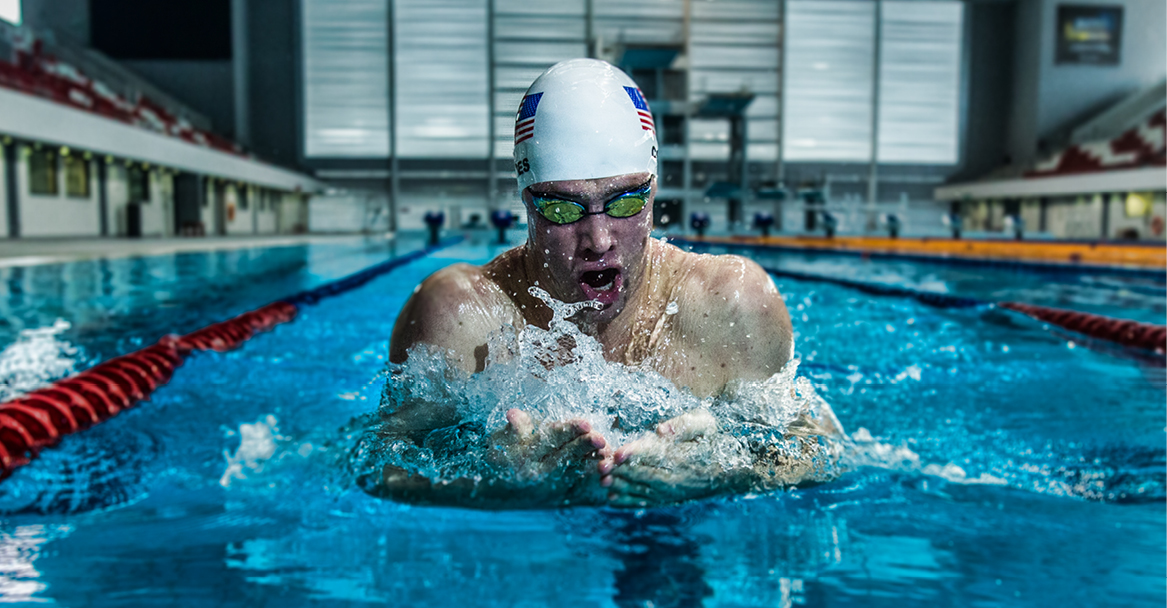 How does Kevin Cordes bring it home? By proudly representing Chicago as a world champion swimmer and Olympic hopeful. Kevin owes his swimming career to his mom who waited in line in the middle of the night to secure the last six and under spot on the summer swim team. He’s come a long way since then smashing area and world records in the breaststroke and mixed medley relay and training 26 hours a week. We’re proud to call him a member of Chicago’s Team!

Typical training schedule: Kevin trains roughly 26 hours, six days a week. Most days, he swims beginning at 5:30 a.m. with another session in the late afternoon/evening. On Fridays he also incorporates lifting.

Eating habits while training: Kevin tries to eat as healthy as he can and a lot! Based on his training schedule, he needs to consume quite a few calories (although he doesn’t count) to keep his body fueled. He juices almost every day and uses his NutriBullet everyday.

Athletic superstitions: Kevin credits his dad for his superstitions and says he had a different one for each sport he participated in growing up. With swimming, he’s practiced the same stretching routine behind the blocks for as long as he can remember.

Chicago roots: Kevin was born in Chicago and grew up in Naperville, Illinois. He attended Neuqua Valley High School before going on to college at the University of Arizona.

Plan a day touring Chicago: If he were taking a friend on a tour of Chicago, Kevin would start at North Avenue Beach. From there, they’d hit up some local restaurants, and maybe take in a Blackhawks or White Sox game. Then, Kevin says, if they felt like slumming it with the Cubs, they might swing past Wrigley Field.