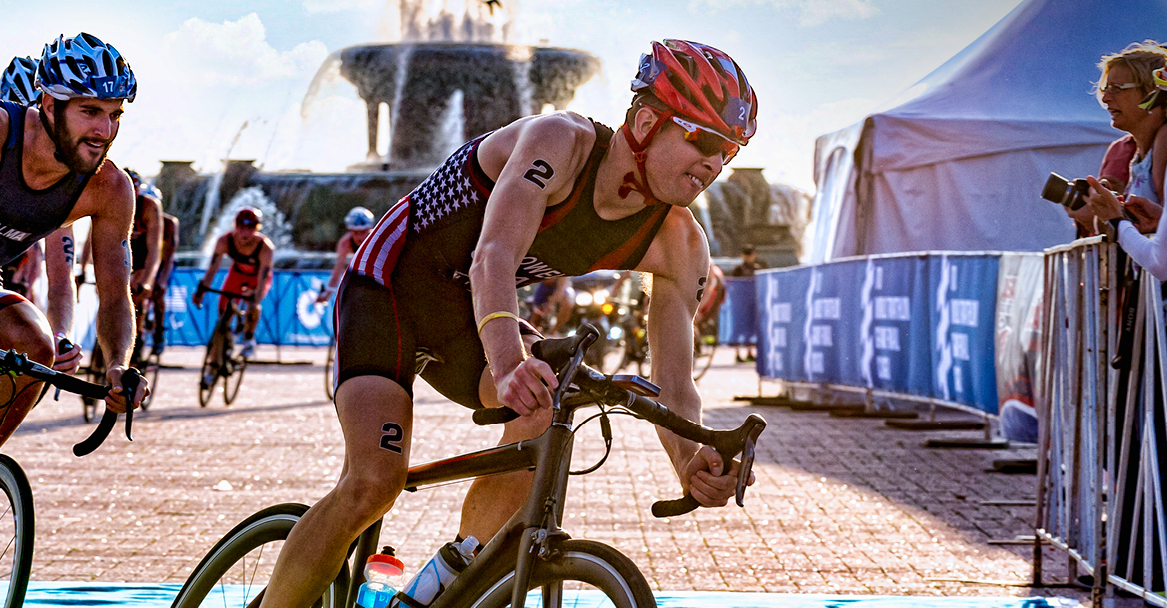 Get to know: 2016 Triathlete and Geneva Native Kevin McDowell

Get to know: 2016 Triathlete and Geneva Native Kevin McDowell

How does Kevin McDowell bring it home? By proudly representing Chicago as a world-class triathlete. Growing up in Geneva, Illinois made Kevin the athlete he is today. His first triathlon at just 10 years old was in his hometown and it quickly became his passion.

Kevin grew up watching the Olympics and loved everything about it. When he found out triathlon was part of the games, he knew he wanted to grow up to compete and represent his country. He started competing in the USA Youth and Junior Elite series and represented the USA in three Junior World Championships. In 2010, he competed in the first Youth Olympic Games, winning silver in the individual event and bronze in the team relay.

In 2011, he hoped to win the Junior World Championships, but was diagnosed with Hodgkin’s Lymphoma and, instead, spent the year getting treated. After six months of chemotherapy, Kevin was cancer-free and, by 2014, he was back competing and placing. Now he’s ready to go all the way. We’re proud to call him a member of Chicago’s Team!

Typical training schedule: Kevin trains every day with a complete day off every couple of weeks. An average week consists of 20 to 25 hours of training, with roughly 20 to 25k swimming, 250k biking and 90 to 110k running. He spends 30 minutes a day rolling out, stretching and will often run dynamic drills on top of the 20 to 25 training hours.

Eating habits while training: Kevin sticks to whole foods while training, avoiding anything processed. He enjoys cooking and preps most of his meals ahead of time, admitting that he pretty much eats the same things most days. He often starts with oatmeal, usually has an egg or chicken sandwich and vegetables for lunch, and loves red meat for dinner usually having a steak or burger five or six times a week. He also eats a lot of sweet potatoes, vegetables and almond butter.

Chicago roots: Kevin grew up in Geneva, Illinois and attended Geneva Community High School. His parents still live in the house he grew up in. Kevin says, he wouldn’t be the athlete he is today had he not been raised in the Chicagoland area. He was introduced to triathlon here and in the summers would make weekly trips to Chicago to do open water swim sessions in Lake Michigan at Ohio Street Beach and then would run along the lakefront.

Favorite thing about Chicago: According to Kevin, there’s a lot to like. He likes the city’s landscape with the combination of skyscrapers and Lake Michigan. He also likes that it’s active with a lot happening. And, he says, Chicago’s sports community is top notch with die-hard fans of every team.

Plan a day touring Chicago: Kevin says, if he were giving a friend a tour of Chicago, the day would start with some kind of exercise, like a run on Lakefront Trail by Ohio Street Beach and a swim (if his friend were up to it). After his training at the beach when he was younger, he would always head to West Egg Café, so he’d be sure to take his friend there post-run or swim. Kevin says Willis Tower is a must to see a bird’s eye view of the city. After that, Millenium Park to see the Bean, on to Navy Pier and then a walk down the Magnificent Mile. At night, Kevin would share the magic of Wrigley Field and a Cubs game. And, of course, a couple stops for his favorite food: dinner at Lou Malnati’s and then on to Portillo’s for a cake shake.

Related Topics
July 02, 2020
7 smart ways you can use a home equity loan to build wealth
by Holly Johnson
July 02, 2020
4 ways to make summer co-parenting less stressful during a pandemic, according to a family law attorney
by Amanda Cubit
July 02, 2020
How to approach your local marketing activities in the age of COVID-19
by Liz Weinsten