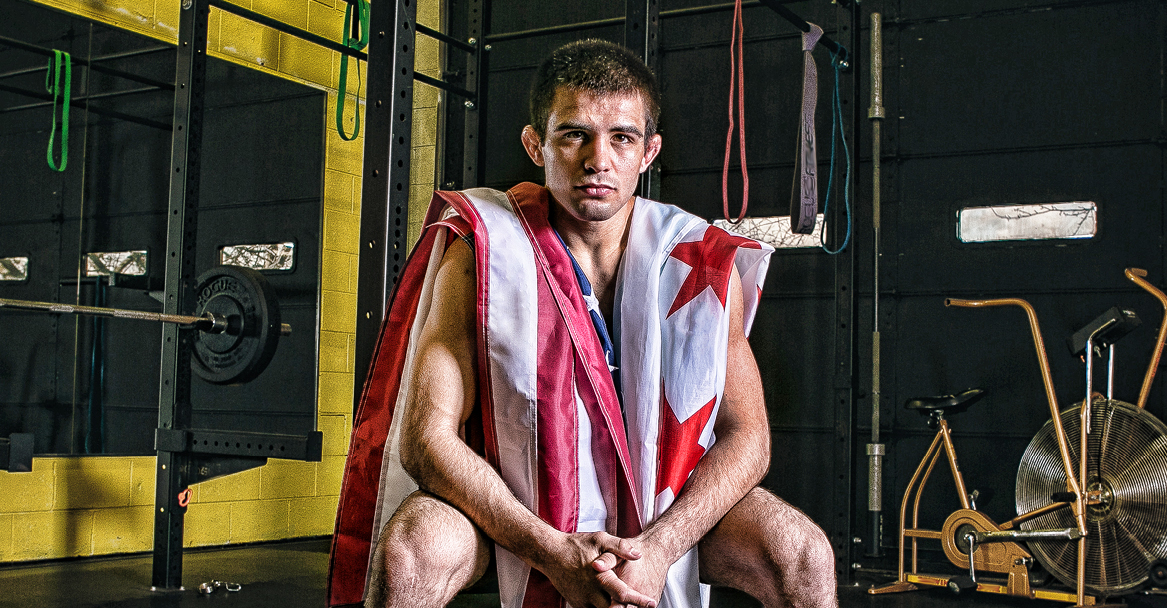 How does Tony Ramos bring it home? By proudly representing Chicago as a men’s freestyle wrestling NCAA champion. Tony began wrestling at three. Now 25, his schedule for the sport is a little more strenuous, training five to six hours a day five days a week. His wrestling dreams have taken him out of state, but Tony says nothing matches the beauty of Chicago’s skyline. Although Tony didn’t qualify to go to Brazil, he’s still training hard as a backup, and we’re still proud to call him part of Chicago’s Team!

Typical training schedule: A typical training day for Tony starts with a 7 to 9 a.m. drill to work on technique or strength training session. Four or five days a week, Tony has sparing practice for two to three hours and during the peak season when he’s really focused on diet and weight control, he will may add a third one to two-hour daily workout.

Eating habits while training: Tony drinks a lot of water to stay hydrated and eats foods packed with energy. He eats a lot of fish and chicken, white meat that burns fast. He also eats a lot of quinoa and vegetables and smoothies to get a whole bunch of nutrition packed in to a small serving.

Chicago roots: Tony was born in Chicago and grew up in Hanover Park, Johnsburg and Carol Stream where he attended Glenbard North High School. He remembers taking trips into the city with friends to go to North Avenue Beach and annual Bears games with his father and brother.

Favorite thing about Chicago: Tony says there is nothing better than the Chicago skyline. He also loves all the activities and festivals downtown like the Taste of Chicago and Fourth of July fireworks. He says there are so many things to do in the city that you can’t just go for a weekend to take it all in.

Favorite Chicago food: There is nothing better than Portillo’s.

Plan a day touring Chicago: Tony says if he had one day to show someone Chicago, he’d hit the icons, like Willis Tower, Buckingham Fountain and Millennium Park. Then, he’d hit the Shedd Aquarium and the Museum of Science and Industry. And, he says, you can’t go to Chicago without taking in a game. He’s a fan of the White Sox.