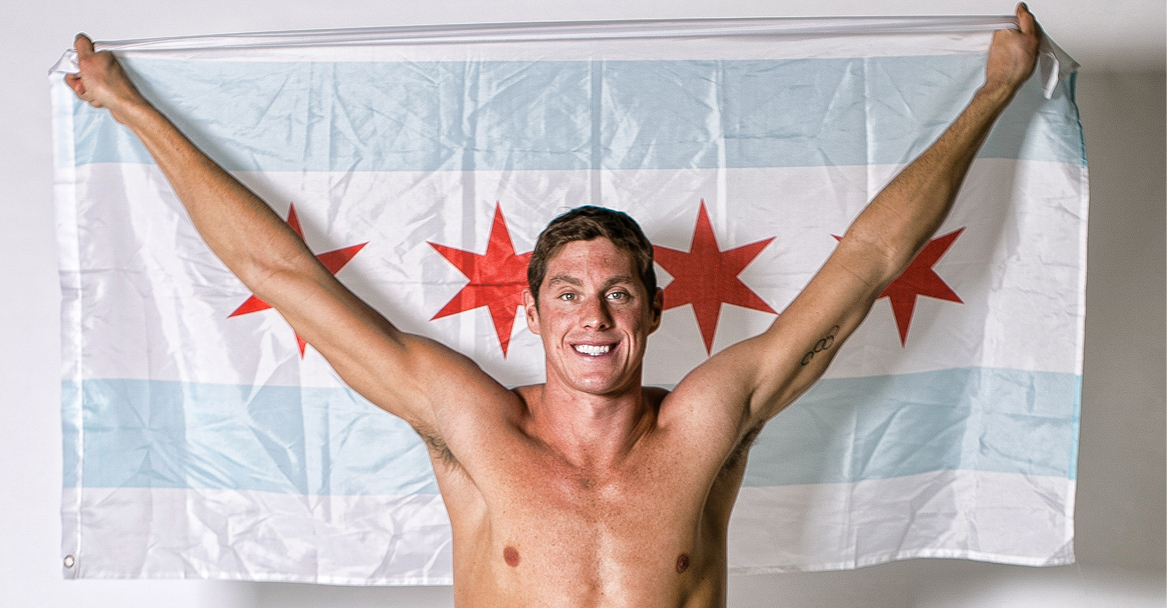 How does Conor Dwyer bring it home? By proudly representing Chicago as an Olympic gold medalist and five-time world champion swimmer. Conor grew up around the pool. Both his grandmothers loved to swim and would bring all the grandkids to the pool. His mom was also a collegiate swimmer and still swim sand teaches swimming to children.

Conor learned to swim at two and joined a team at seven. He played a number of other sports as well including football, basketball, baseball, hockey, lacrosse and water polo. In high school, he started to focus on swimming, but as a 5’10” senior, he didn’t end up getting recruited for college swimming. Just because a sport is part of you, doesn’t mean success is a sure thing.

The University of Iowa took a chance on Conor and by the summer after sophomore year, he was off to more intensive training. He transferred to the University of Florida and had the opportunity to train with Ryan Lochte and other Olympic athletes. His junior year, Conor made NCAA Swimmer of the Year and won three national titles. At 21, he made the US national team and went on to win gold in the 2012 Olympic games.

Conor’s swim career was not always a sure thing. It took hard work, determination and talented coaches to get here. Now, Conor has another chance to go all the way. We’re proud to call him a member of Chicago’s Team!

Pre-competition rituals: Conor always looks for his family in the crowd before each race. He has three brothers and a sister and he and his twin brother are the oldest. He also has 35 first cousins and more than one hundred second!

Favorite thing about Chicago: Conor grew up going to sporting events and museums in Chicago. Specifically, he remembers his grandfather taking him and his family to Cubs games. He loves Chicago and all its teams!

Plan a day touring Chicago: If he were taking a friend around the city for the day, Conor’s first stop would be Wrigley Field for a Cubs game, then on to the United Center for a Blackhawks game. He would also take his friend downtown to Michigan Avenue and to see the lakefront. Conor says Chicago is the best city in the country!