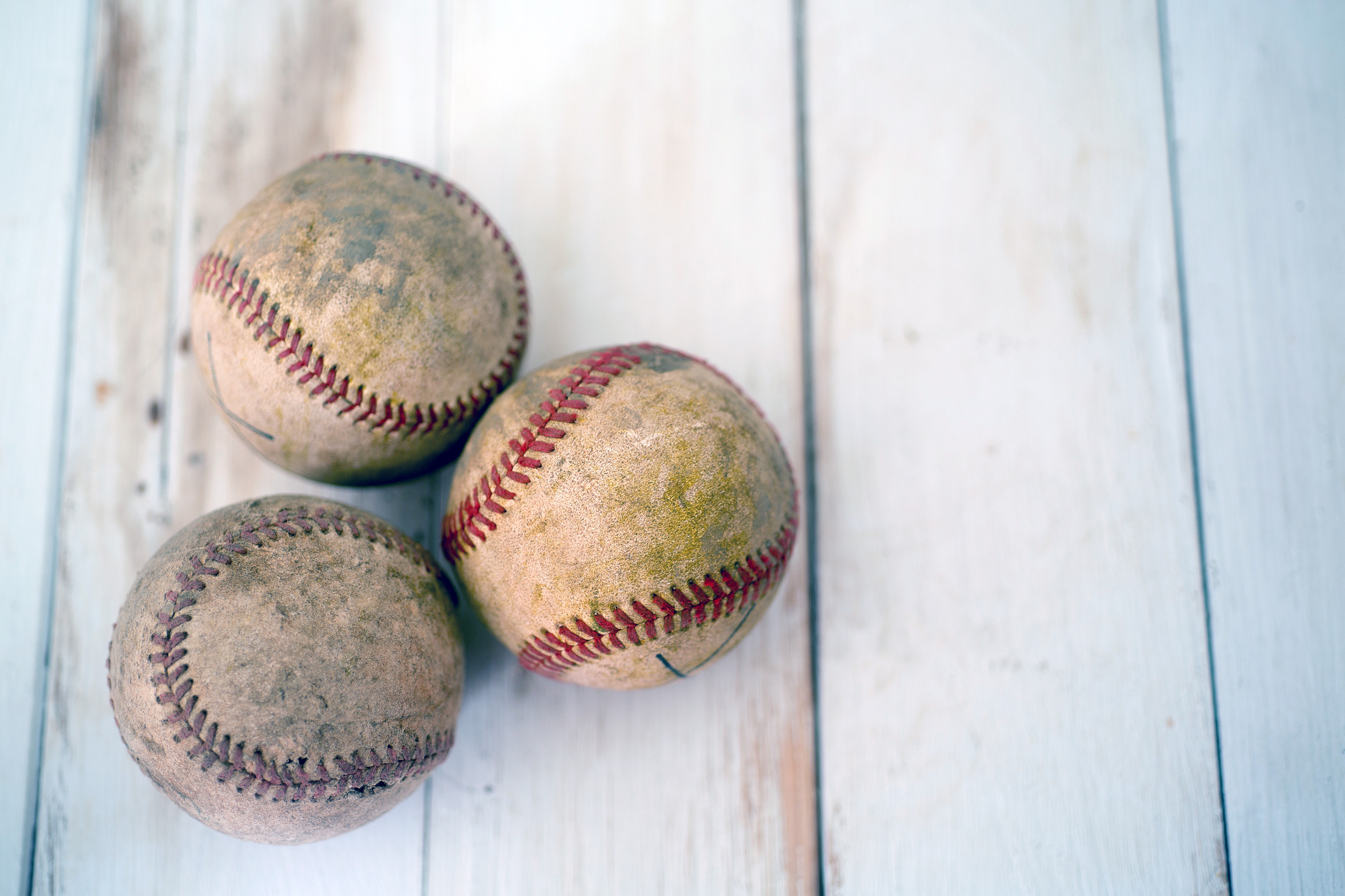 Baseball players can get very particular, whether it's about their equipment or the methods they employ. In spring training, we asked Cubs and White Sox players about the bats they use or the grips on the pitches they throw.

Anthony Rizzo, bat: "I've used the same model for six or seven years. I rarely will switch it; I might switch it three times a year at the most. I used Kris Bryant's bat once (last year). I used Jon Lester's bat once. A few years ago I used (Alfonso) Soriano's bat a few times.

Adam Eaton, bat: "I have used Phoenix Bats since I was 16. It's a Columbus, Ohio, bat company that I've always strongly represented because it's from home. I swung it in college too. Once I got into pro ball, my agent being from Columbus, myself being from Ohio, that was the bat I really wanted to swing.

"I actually had a different model throughout the minor leagues, and after my first year in the big leagues I changed the handle to it. ... It's a bigger head with a custom handle that I shaped myself through a process. It's a little different bat. It's a balanced bat, but there's a lot of room for error."

Jason Hammel, slider: "With all my pitches, I'm middle finger dominant, so I have to feel stuff off the middle finger. A lot of people throw the way I hold my curve, but my slider is backward from the way most people hold it just because I need the feel off my middle finger. My slider developed from my curve, and my curve was something I had when I was younger.

"I was lying in bed, trying to flip the curve up as close as I could to the ceiling without hitting it but getting the rotation. And the pitch developed that way. With the slider, I would spin it sideways instead of on top. I didn't learn it from a single person, I just tinkered with it."

Jose Quintana, four-seam fastball: "I had a lot of pitching coaches all of my career, but when I was a kid in Colombia, a coach who died a long time ago taught me the four-seam grip. You just keep your arm loose, your fingers loose. After that, I felt comfortable with it. If you just throw the ball more loosely, you can do it. That's what works for the four-seam.

"The four-seam I use a lot, especially early in the counts. With the command you can use with it, it's easy to throw."

Kris Bryant, bat: "My model usually stays the same, but it's weird. Sometimes I send different bat companies the bat I like. Sometimes they end up just feeling a little different, so it's all about the one that feels right to you. There are so many different finishes _ there's a gloss finish, a matte finish, a natural finish. All of them feel different when you're holding the bat. You go through different spells of what you like.

"I try to be the guy who sticks with what I want, but I can never be Anthony (Rizzo). He uses the same bat every game, all black, boring. I try to be a little different. It's all about the feel factor. Sometimes the dimensions will be different. I often use a 34-inch, 30-ounce bat. I always swing a 34-inch bat but sometimes use a 32-ounce model. The heavier the wood, the more compact it is and the harder it is. The heavier the bat, the farther the ball goes. But if I don't feel quick up there, I would rather be early than late because I have a better chance to hit the ball out in front than in the catcher's mitt."

Justin Grimm, curveball: "I throw my curve the way most pitchers throw their sliders. I started playing around with it in the Cape Cod League (in 2009). I was actually trying to throw a slider. The curve I had before was a different grip. And when I started to throw my slider, after I threw the first couple and I just started throwing it like a curveball (with the wrist turned in), that's when it came to me. I had better command with it and it actually looked more like a fastball coming out of my hand.

"I learned the curve on my own. My high school pitching coach, Jimmy Nave (of Virginia High School in Bristol, Va.), is the one who really taught me how to throw a curve, but I would say it came very natural to me. It was just finding the release point. And once I found that release point, it was really good."

Kyle Hendricks, changeup: "I started throwing a changeup a lot (at Dartmouth). And I had a pitching coach at the time in California (Scott Budner) who helped me with grips. I started throwing a four-seam changeup, and that was my original one and the one that cuts a little.

"Then I noticed that pitch was getting hit by left-handed hitters. I thought I had a good changeup, so that didn't make sense. I thought I should have gotten lefties out a little easier, but it was because the ball was cutting into their barrels. So I worked with (former Triple-A Iowa pitching coach) Bruce Walton. That's when we developed the two-seam (changeup) just to have it fade away from lefties. And since then, I throw the fading one to lefties and the cut one to righties."

Melky Cabrera, bat: "It's a Sam Bat, 34 (inches), 31 1/2 (ounces). When I played with the Yankees, that was the kind of bat that made me feel comfortable, and since that moment that's the only one I've been using.

"I started using it in 2009. Alex Rodriguez was the one who taught me to keep one bat, one size. Other players used to change their bats, but that was the way Alex taught me, and I did it."

Todd Frazier, bat: "I use a Marucci black bat, all maple. I never really liked the Pro Stocks or ash bats. I thought the maple has the most power. It's a 35-inch, 32 to 32 1/2 ounces. It just depends on how I feel that day. I'm one of the guys who uses a longer bat. Not many people use 35 inches anymore. It gives a little more extension and it's just a good feel in my hand. It just feels comfortable for me.

"It was three years ago. I remember Roger Bernadina, a left-handed outfielder who played for the Reds, he was like, 'Come on, try my bat.' I tried it in BP. I always used a 34-inch bat, so he was like, 'Just try 1 more inch.' That BP was really good. I was hitting balls everywhere, and then in that game in spring training, I had two doubles. I never looked back."

This article was written by By Mark Gonzales and Colleen Kane from Chicago Tribune and was legally licensed through the NewsCred publisher network.