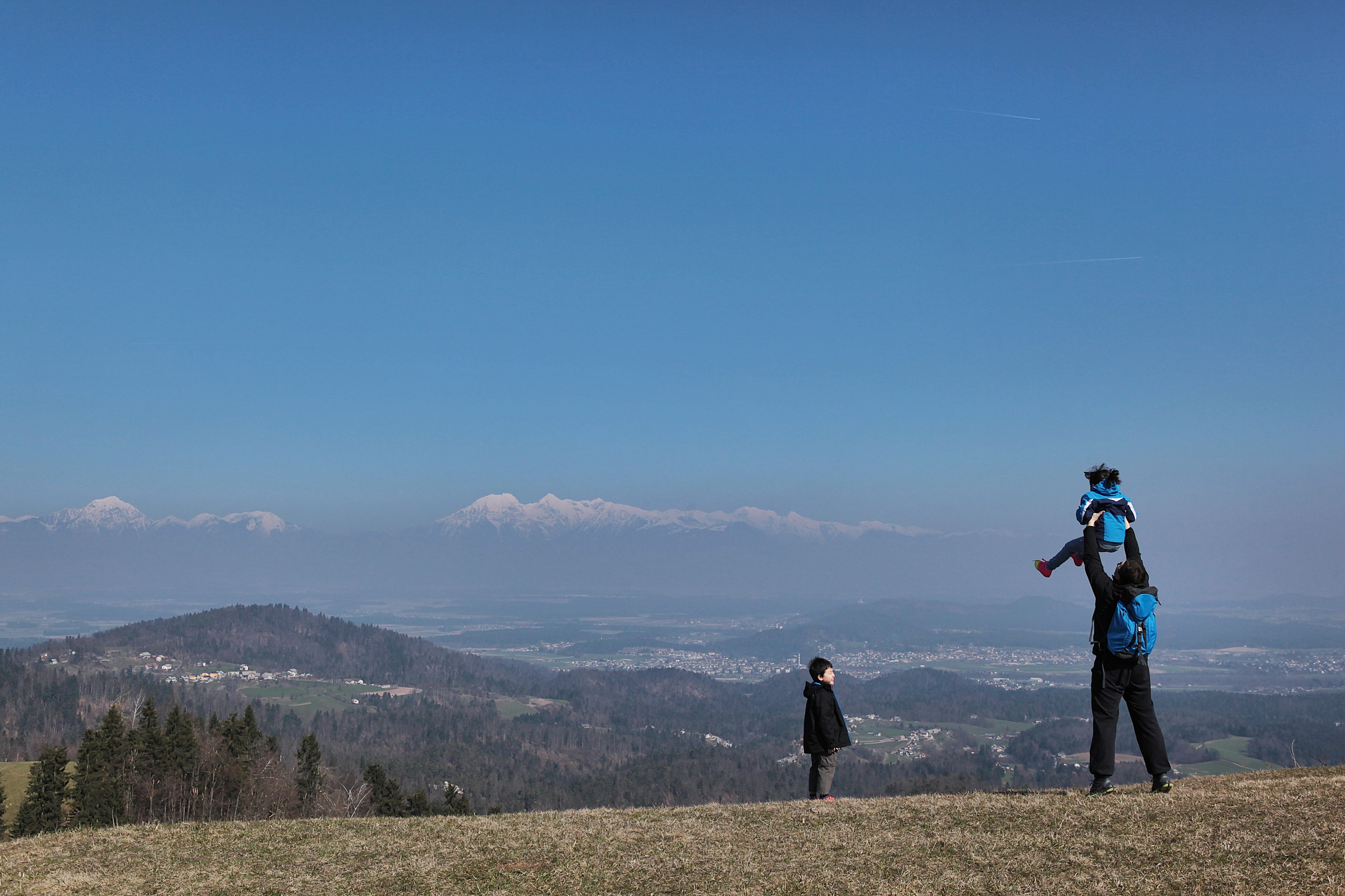 Like many people who suddenly realize how bad their financial situation is, we dove hard into frugality during the first few months of our financial turnaround.

It makes sense, really. Frugality is the best personal finance tactic there is for seeing immediate results. If you choose not to spend – or you choose to spend less – you see the results from that choice immediately in your wallet. There's simply more cash sitting there.

Sure, there are many, many approaches to personal finance that offer great results. Getting a part time job is one. Going back to school to get a better degree is another one. Starting a microbusiness is another one. Investing is, of course, another one. However, all of those tactics take time to work – you're not going to get really fast results with any of those moves. Frugality is fast, and that's why people so often turn to it when their finances are struggling.

What about the long term, though?

Many people view frugality as a less effective strategy over the long term. Their argument is simple. There's only so much money you can save with frugality – once you've optimized many avenues of your life, you start to reach a point where there's not much more you can squeeze out. Not only that, once you reach that point, further frugal changes tend to really cut into the joy of life. At the same time, other strategies, such as improving your income and investing sensibly, really start to take off like a rocket ship over longer periods (a few years and beyond).

I don't quite see it that way.

In my eyes, investing and increasing income is like a financial rocket ship that will take you anywhere you want to go. When you improve your income or when you have investments that are building in value, your net worth can feel like a powerful rocket, pushing off of the launching pad with incredible force and pushing up and up and up, faster and faster and faster.

Without fuel, the rocket can't fly. Without the rocket, the fuel doesn't go anywhere. You need them both for success.

What does that mean in terms of practical use, though?

First of all, frugality provides the money that you need to start investing. The vast majority of Americans live paycheck to paycheck and thus don't have the money in their day-to-day lives to contribute to their investments or to their 401(k) or to their Roth IRA. Frugality can help with that. If you can use frugal strategies to cut, say, $100 a month in your spending, then you suddenly have $100 a month to invest. That's $1,200 a year to invest. If that investment earns a 7% annual return, you're going to have tens of thousands of dollars invested within a decade. Frugality provided the initial money to invest, and the power of investing and compound interest caused that money to

Second, frugality helps you to survive on a lower income, such as when you're getting a degree or transitioning to a new career. Again, without using frugal strategies, it's very difficult for the average American living paycheck to paycheck to be able to pull off these things. Frugal choices make it possible.

So, undoubtedly, frugality plays a big role in financial turnarounds.

But what about when the financial turnaround is in high gear? Maybe you have a lot in your retirement account, or maybe you've just landed a great-paying job after some lean years. Isn't frugality a strategy that you drop at that point now that you have the resources to live large?

If you think that it is, you're making another financial mistake.

I can go on and on and on with examples of how making smart little frugal substitutions in your life can have basically no negative impact on your life while keeping money in your pocket. The question is why would you ever abandon those changes? Why would you ever start buying more expensive hand soap when the soap you have now gets your hands clean? Why would you replace a reliable car that shows no signs of needing repairs or replacement? Why would you keep paying a gym bill when you haven't been there in six months? Those choices are awful choices no matter your income level. You can throw money away on stupid purchases whether you're making $20,000 or $100,000 a year.

Second, frugality continues to provide fuel for the "rocket ship" of financial success in your life even after it blasts off. Even after your income jumps up, even after your investments start compounding on themselves and growing rapidly, finding a way to save $20 a month and then using that $20 a month to make that investment grow even faster remains a good thing.

Channeling frugal savings into investments means that you'll get to your destination even faster. It means that you can retire earlier or buy that dream house sooner. That never changes, no matter how much financial success you have.

This brings me back around to one of my key principles of personal finance: it doesn't matter whether you're making $10,000 or $100,000 or $1 million a year, spending money on something that provides no life value to you or that you don't really care about is still a waste of money.

This brings me to the one sensible argument against some flavors of frugality: the time value of money. Many critics of frugality as a personal finance tool argue that it doesn't provide enough return on your money for the time you invest, so anyone talking about frugality should be ignored.

Here's the thing, though: what is your time worth? How much is an hour of spare time worth to you? Is it worth $20? Would you pay $20 for an hour of uninterrupted spare time? What about $40? Different people are going to give different answers here.

So, now that you know the value you put on your time, the question then becomes whether or not a frugal tactic can save you that much money or more if you spend an hour doing it.

There's also the fact that many frugal tactics repay you in saved time later on. An example: our family makes a lot of meals in advance – if we're making lasagna, for instance, we usually make four pans at once and freeze three of them. We do this so we can buy ingredients in bulk and really take advantage of sales on things like lasagna noodles. This eats up perhaps 20% or 30% more time during that initial lasagna-making process, but then we have three frozen pans of lasagna in the freezer and we end up saving time whenever we use one of those for supper. It ends up saving us time and saving us money.

The same exact thing is true with making a meal plan and a grocery list – it saves us money by making our grocery store visit a lot more focused, but it takes time to assemble that plan and that list. However, when I'm in the store, I'm actually there for a lot less time than I would be without a list, and that ends up returning that time to me. It usually ends up being a wash in terms of time, but I end up spending a lot less at the grocery store.

The truth is that unless I am making so much money that it's effective for me to employ a personal chef and/or a personal shopper, it would be really dumb to abandon these frugal strategies. There are many, many, many more strategies like this – ones that save money and cost very little time (or even save time).

Beyond that, many frugal choices are just substitutions for things you do normally where you simply won't notice the difference between the "cheaper" and the more expensive option. This goes back to my hand soap example – I literally cannot distinguish between store brand hand soap and name brand hand soap, but they certainly have a difference in prices. There are many, many such products where there's no difference whatsoever that I can tell, so I just buy the store brand. Again, there are many things like this, such as "shopping" for books and movies at the library instead of buying them or paying Redbox or Amazon Instant Video.

All of these different frugal options have no real negative impact on your day to day life, but they certainly have a positive impact on the money in your checking account. It doesn't matter what you earn each year – you'd be making a mistake just leaving that money on the table.

That's why, ten years after the start of my financial turnaround, I'm still very frugal. I buy lots of store brand stuff. I visit the library every two weeks and usually leave with a bag full of books and movies. I make a meal plan and grocery list before each grocery store visit. I shop around for better rates on my car insurance at least once a year. These things don't take much time – some of them actually save time – and they don't have a negative impact on my life but they do save money. Why would I not do them? Why would I not enjoy ten years' worth of the money these tactics have saved me?

Frugality can be the fuel you need for your financial turnaround, but it can also continue to be part of the fuel that blasts your financial rocket into the stratosphere. Don't overlook it.

The post Frugality and Long-Term Financial Success appeared first on The Simple Dollar.