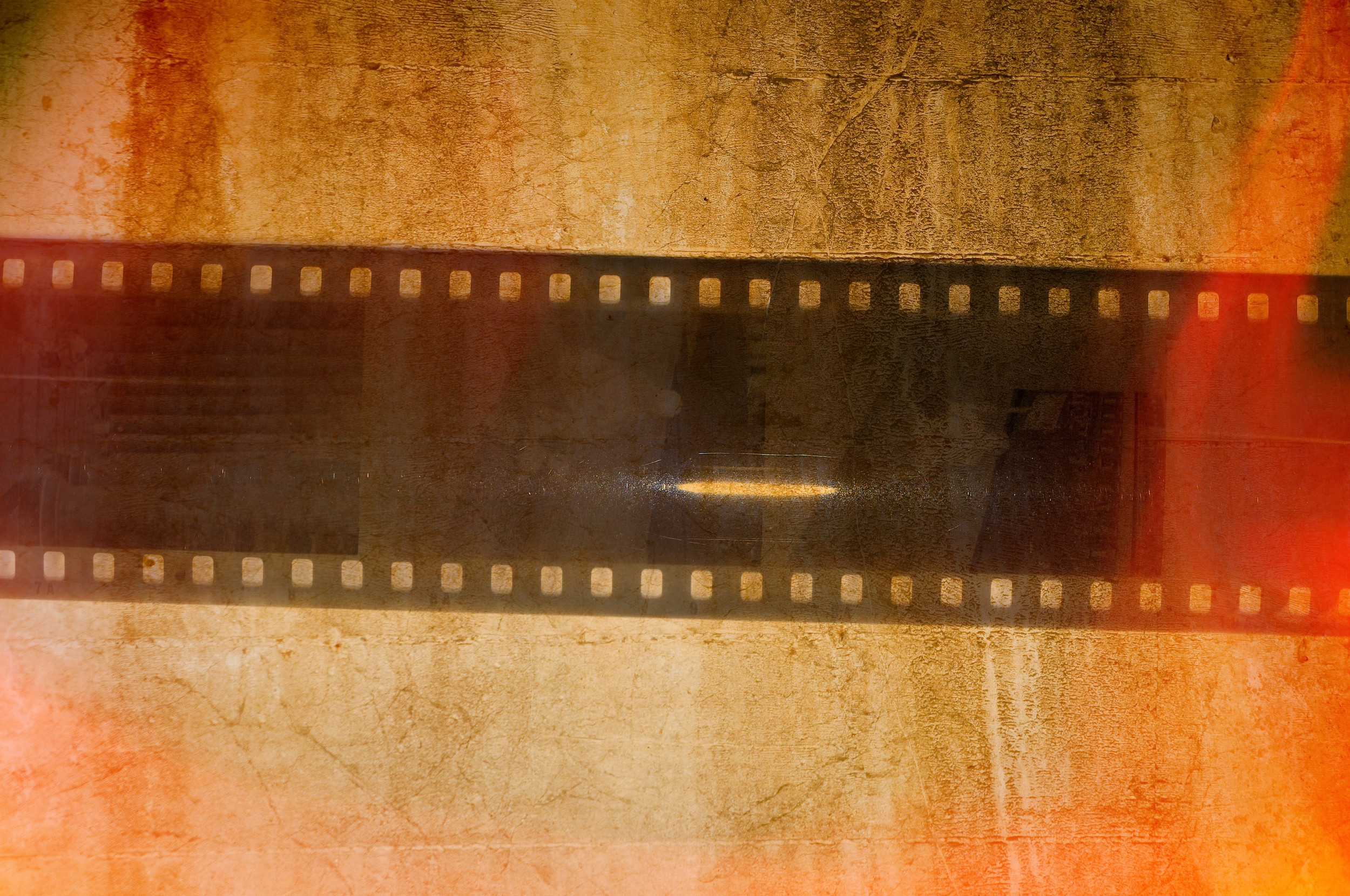 Supporting a passion for movies on a reasonable budget

Supporting a passion for movies on a reasonable budget

News & Education / Supporting a passion for movies on a reasonable budget

Erica writes in with a question for the Mailbag that wound up with an answer that was just too long:

My husband and I are film buffs. We watch a movie almost every night together and sometimes have movie marathons on the weekends and our walls are covered in film posters. However we have a 1700+ DVD and Bluray collection and a home theater system that cost thousands and subscriptions to several services and we still spend $100+ on movie tickets per month. Do you have any strategies for cutting down these costs? Every time we think about cutting something we talk each other out of it so I'm hoping you can help!

I think the first way to examine this is to look at where the money is going.

First of all, you've got an extensive DVD and Bluray collection. If we assume you've been buying DVDs for 15 years at the same rate all the way along, you're still buying somewhere around 10 DVDs or Blurays a month on average. Even at a bargain rate of $10 a pop, that's $100 a month.

You have a home theater system that cost "thousands." Let's assume it cost $3,000 and will last five years. That's a prorated cost of $50 a month for all of that equipment.

You have subscriptions to several services. I'm assuming you mean Netflix, Amazon Instant Video, and another service or two. Let's assume that costs $10 a month per service and you have five services, adding up to $50 a month.

You're also spending more than $100 a month on movie tickets. Let's assume you're spending at least a little on in-theater beverages and snacks, perhaps half the cost of your monthly tickets. Let's make it $150 a month.

So, how can you reduce it? Here are the strategies I'd start with.

First, clean out that DVD/Bluray collection. Go through all of them and ask yourself the same serious question about each one: is there a significant chance you will want to watch this again in the next two years? If the answer is "no," put it in a pile of discs to get rid of.

The thing to remember here is that a film that you enjoy isn't represented by a physical object. It's an experience. You can find the media you need to view most movies with relative ease if you need to do so (something we'll touch on again in a minute), so there's not much need to hold onto physical discs unless you intend to repeatedly watch that film. So, keep just the ones you'll repeatedly watch and eliminate the ones you won't.

When you have a big mountain of DVDs and Blurays that you recognize you won't rewatch, sell them off. There are a number of ways to approach this, but with such a large collection, the most effective way to get a solid return on them is to use Fulfillment by Amazon, which allows you to ship all of the DVDs and Blurays at once to Amazon and sell them on their website. Amazon handles all fulfillment and shipping and takes a portion of the proceeds for that service. It's a pretty easy way to get most of the value for each item without having to deal with shipping each one individually and handling hundreds of individual customer interactions.

You can then take that money to repay any credit card debt you have or to sustain your hobby going forward.

Instead of just buying every new release or buying older releases you've discovered, borrow movies from libraries or from friends. It's likely that you have at least some friends that are passionate about films, so get into a habit of swapping films with them. Trade them a stack of ten discs in exchange for ten of their discs, burn through them in the next two weeks, then trade them back.

At the same time, libraries often have enormous media collections and can often request more via interlibrary loan. Spend some time going through the movies that they have on their shelves and watching everything of interest and, along the way, request some movies directly from their interlibrary loan service. Also, keep an eye on their DVD/Bluray new releases and jump on them when they're available.

This doesn't mean you should entirely stop buying DVDs and Blurays. It just means that, since you have access to almost any film you want to watch through other means, you should be a lot more selective with your purchases and only buy ones that you think you'll watch several times. Your collection should represent your refined film tastes.

Another strategy worth adopting is to subscribe to subscription services on a rotating basis. Rather than constantly being subscribed to Netflix, Hulu, HBO Go, Amazon, and Cinema Now all at once, choose just one service and subscribe to that service alone for several months. Mine what that service has in terms of films you want to watch. Then, when it begins to feel like the cupboard is bare with that service, switch to a different service and start digging through all of their offerings.

Having five streaming services is similar to the situation you have with 1,700 DVDs/Blurays on your shelves. There simply isn't enough time to watch all of this stuff, even if you watch a movie a day and several on the weekends. Instead of watching maybe one movie a week from each service, watch three or four from just one of the services until there's nothing left of interest, then close that account for a while and open a different one.

Another advantage: By the time you rotate back to, say, Netflix, their set of offerings is likely going to be very different than before.

This isn't necessarily good advice for people who watch films at a more average rate because the bigger services, like Amazon and Netflix, add more content each month than an average viewer can really keep up with. This strategy's really only useful for high-volume watchers such as this person and people who binge-watch two or three series a week.

Be selective in terms of which movies you see at first-run theaters. While it might be tempting to go see every new release immediately, there's a huge premium price to be paid for doing so. A theater ticket is quite expensive, and the reality is that you're paying that cost just to watch the movie three or four months before you could borrow it for free from your local library.

Be very, very choosy when it comes to watching movies that are on their first week or two of theatrical release. It's fine to go to some of them, but do you really need to pay that big premium to see a movie that you know will, at best, be merely "good"? It's likely not worth it.

Again, this is a great way to have a theater experience at a very reasonable price while also enjoying movies while they're still in their theatrical run.

My final suggestion is a little different, but it might be a great way for you to channel your film passion without dumping lots of money into it while also meeting people with a similar passion. Start a film club.

Find a nearby library that has a good room for showing movies and talk to the librarian there about the possibility of starting a film club or a movie series. You'd work with them to promote it and be involved in leading the discussions (at first, anyway). Basically, each week you'd choose a film and show it in an appropriate room of the library that's open to the public and then, afterwards, have a discussion about that film. What did it do well? What did it do poorly? How were the acting performances? The cinematography? Was the script problematic? Whatever strikes your fancy.

The library would promote it within their walls and on their website and social media channels, and you could carry it further and promote it elsewhere.

It's an extremely low cost way (basically free, but there may be small costs depending on what you decide to do in terms of promotion and other things) to take your passion for film, expand it, and make it social.

So, what are we saving here? Let's say you slow down your film purchase rate by 50%, which saves you $50 a month. You eliminate four subscription services, saving you about $40 a month. You halve your theater movie cost, which saves you about $50 a month. Not only that, you should have thousands set aside from selling portions of your collection of DVDs and Blurays, which is either eliminating a bunch of debt (adding further savings in the form of smaller interest payments each month) or financing your hobby for a few years.

The thing is, you lose very little in that exchange. All you're cutting away is the stuff you're not using. You're selling off DVDs and Blurays that you won't watch again for a very long time. You're cancelling streaming services you're not watching. The only theater visits you're cancelling are to middling movies; you're still going to the best ones and the ones you actually anticipate. You're halving your hobby cost, putting thousands in your bank account, and giving up very little of the actual value.

The post Supporting a Passion for Movies on a Reasonable Budget appeared first on The Simple Dollar.