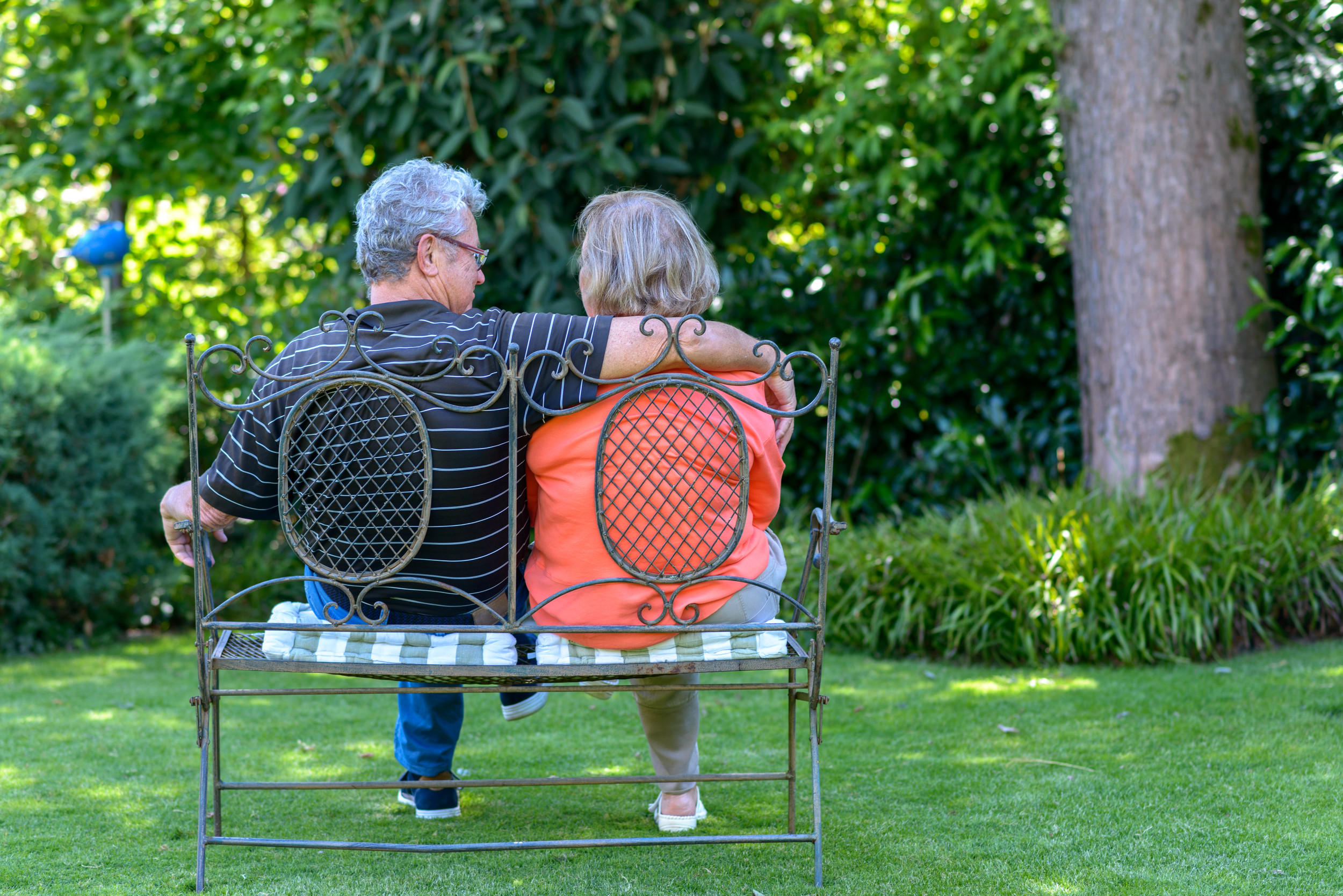 If you're on the fast track to retirement, you're probably busy planning your new, post-work world. Perhaps you're considering a stint as a volunteer, or ready to sit back and do nothing for a while. Maybe you're seriously considering a round-the-world trip – you know, the type you could never take when you were working full-time.

Still, retiring from work and enjoying a comfortable, stress-free retirement are two entirely different animals. According to some of the financial advisors we spoke to, far too many new retirees fail to plan for the long-term and put themselves in financial peril. Some new retirees wind up having to drastically alter their spending or lifestyle, and some even have to go back to work.

If you're ready to retire or already there, advisors say you need a plan of action – a financial plan – to enjoy a stress-free retirement that lasts. But, you also need to avoid some of the common pitfalls and money traps the newly retired fall into over and over again.

Mistake #1: Not Tracking Your Spending

Easing into retirement requires an in-depth knowledge of your monthly cash flow and outflow. You need to know exactly how much money you have to live on so you can plan a monthly budget that ensures your money will last.

Unfortunately, the newly-retired tend to throw their budgets out the window – especially at first, says Clint Haynes, a Kansas City-based financial planner.

"One of the biggest issues I see newly retired individuals running into is not tracking their cash flow," says Haynes. "It can be eye-opening to have budgeted $5,000 a month but to realize you're spending $7,000 a month."

Retirees who want to stay retired need to nip this situation in the bud, and that typically starts with a close look at their monthly income and expenditures.

Mistake #2: Obsessing Over Your Investment Portfolio

Most people dial down their investment risk as they approach retirement, but that doesn't mean all their investments are risk-free. Unfortunately, too many new retirees get into the habit of obsessing over their accounts and stressing over market fluctuations. But this strategy can backfire big time, says San Diego-based financial advisor Taylor Schulte. Checking and re-checking your account balances can take a toll on your mental health.

"The most recent account balance might keep you up at night, or worse, influence you to make an emotional change to your investments," says Schulte.

Ideally, you'd have a comprehensive retirement plan in place that gives you the best odds of not outliving your money, he says. But, you have to give that plan time to work!

"Instead of getting worked up over short-term movements, set aside time once or twice per year to review your plan and confirm you're still on track," says Schulte. "The rest of your year should be dedicated to enjoying life and the financial freedom you worked so hard to achieve."

And, if you don't have a comprehensive plan for retirement, you need to get one – stat. Look for a fee-only financial advisor that can help you craft a comprehensive money plan that makes sense.

Martin A. Smith is a fee-only financial advisor who has seen many new retirees fill their newfound free time with a penchant for junk. This is a strange phenomenon, he says, since the goal of retirement should be downsizing and getting rid of stuff.

"If you have joined the ranks of the newly retired, for the love of your children who will have to clean out your garage, basement, or attic someday, please stop it!" says Smith.

Just because you have the free time to visit garage sales and estate sales doesn't mean you should. If you can use your energy on a hobby that doesn't lead to accumulating "stuff," you'll be a lot better off.

Brian Hanks, financial planner and author of "How to Buy a Dental Practice," says far too many of his clients stay in giant homes long after the kids have flown the nest. Their reasoning? They usually want extra room for guests and grandchildren who may come to visit, Hanks says.

Unfortunately, keeping up with a large home can be costly, especially when you're living on a fixed income. Bigger homes carry bigger ongoing costs, from utility bills to upkeep and repairs to property taxes. And let's not forget about the opportunity cost of never cashing out your biggest asset – your home.

As Hanks notes, downsizing is popular among retirees for good reason. With a smaller home, you'll enjoy lower monthly expenses and fewer responsibilities and chores. And, when your family does pay a visit, you'll have plenty of excess cash to put them up in a hotel.

You've worked hard to build a nest egg that will last your lifetime. But, now that you're home, you've got your eye on a few big projects around the house. You've always wanted to remodel your old kitchen, after all. And you can't wait to enjoy retirement on a new deck complete with the hot tub of your dreams.

According to Ty C. Hodges, a financial advisor in San Antonio, far too many new retirees spend their newfound free time dreaming up new ways to spend their money. Worse, they might be inclined to withdraw any "excess funds" from their retirement accounts to make their dreams come true.

This is always a mistake, says Hodges.

"Pulling cash from your retirement funds could leave you strapped for money later in life, at a time when medical bills are mounting and no additional money is coming in," says Hodges. "Even if you feel comfortable pulling a certain amount from retirement accounts for a remodel, it's easy to overspend."

If you believe you have enough money to complete a big project without jeopardizing your retirement, then you should sit down with a financial planner for a second opinion.

Mistake #6: Being Far Too Conservative

While some people fail to dial down their risk as they prepare for retirement, others take the opposite approach – often to their own detriment. According to financial planner Dave Henderson of Integrity One Wealth Strategies, being too conservative with your investment portfolio can backfire big time.

"We all understand that many people become more risk averse as they age, especially when talking about their money," says Henderson. "The issue is that, for a 65-year-old couple, there is a 25% chance that the surviving spouse will live to age 98, according to a recent Society of Actuaries study."

When you calculate the wealth-eroding effects of inflation over a 30-year time frame, one of the greatest risks for retirees is loss of purchasing power in their later years.

"There will be ups and downs in the markets throughout retirement, but keeping an appropriate level of equities in the portfolio is the best way to allow retirees to keep pace with inflation and possibly leave a legacy for family," says the advisor.

If you're unsure whether your level of risk is overly risky, too conservative, or just right, sitting down with a fee-only financial planner is a smart move. A qualified professional can help you create a long-term plan with the right amount of potential risk and reward.

Many future retirees are so worried about having too much time on their hands they run out and sign up for every volunteer opportunity they can find. According to financial planner Alex Whitehouse, this is a huge mistake that many of his clients regret.

"Committing too much too soon can lead to resentment and guilt," says Whitehouse. "Over-committing to charity work can take away from other retirement goals, like travel. Volunteering becomes a problem when it leaves you constantly drained, feels like it's become a job, or leads to burnout."

While volunteering can be extremely rewarding and fulfilling, Whitehouse tells his clients to start slow the first couple years of retirement. It's a lot easier to scale back your volunteer efforts if you haven't overcommitted in the first place.

While there are instances where collecting Social Security early (at age 62) makes sense, far too many people take the reduced payout without ever running the numbers, says Benjamin Brandt, a North Dakota-based financial advisor and host of the Retirement Starts Today podcast.

"There isn't a one-size-fits-all answer for the ideal Social Security claiming age, but with over 40% of beneficiaries planning to claim early, it's safe to say not enough people see the value in waiting," says Brandt. "Claiming your benefits early not only reduces your benefit by up to 30% for your lifetime, but if your benefits are larger than your spouse's, the penalty also reduces their survivor benefits!"

Before you decide to collect Social Security benefits at age 62, make sure it makes sense as part of your comprehensive plan. If you can afford to put it off and wait for the full payout, you may be better off doing so. As always, a qualified financial professional is the best person to help you decide.

While too many retirees overspend and regret it, there are plenty of people whose inclinations fall on the other side of the spectrum. They work hard to scrimp and save, stash away plenty of money for a comfortable retirement, then live more frugally than they need to.

According to financial planner Matthew Jackson of Solid Wealth Advisors, many retirees have developed such an extreme level of discipline with their money that they struggle to let go once it's time. Unfortunately, this can be a mistake for those who deserve a decent quality of life but can't let go of the reins.

"Life is short and many retirees don't or can't face the reality that life may take an unexpected turn for the worse," says Jackson. "I'm not saying new retirees should go crash their retirement plan by going on spending sprees, but doing responsible income and financial longevity planning can help to give new retirees the internal permission they need to reward themselves with fulfilling lifelong dreams they put off."

Retirement isn't just about throwing in the towel at work, after all; it's about fulfilling dreams in a responsible, guilt-free, and fulfilling way.

"The reward of the delayed gratification of saving for retirement is having the internal permission to really enjoy a fulfilling retirement and not dying with a huge reserve of untapped equity that could have been used to produce more happiness in life," says Jackson.

"Tomorrow is guaranteed to no one, even new retirees."

Holly Johnson is an award-winning personal finance writer and the author of Zero Down Your Debt. Johnson shares her obsession with frugality, budgeting, and travel at ClubThrifty.com.

This article was written by Holly Johnson from The Simple Dollar and was legally licensed through the NewsCred publisher network. Please direct all licensing questions to legal@newscred.com.

Related Topics
September 03, 2020
Why you might still need life insurance in your 50s and 60s
August 27, 2020
Planning for retirement in the new normal of COVID-19
July 23, 2020
How to support your retired parents without sinking your own retirement plans