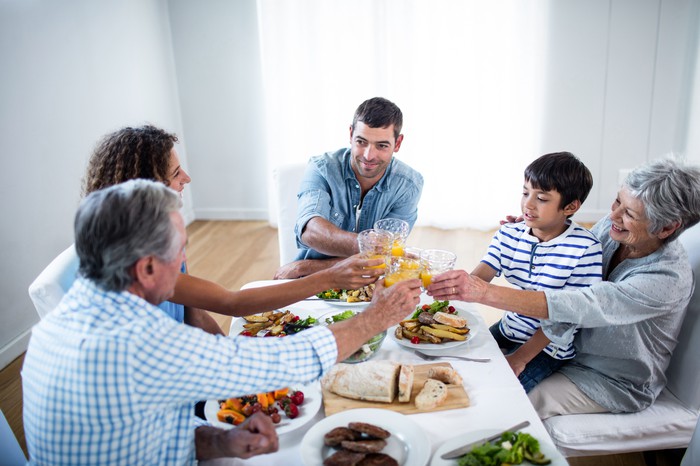 What do adults see as their parents' money mistakes?

What do adults see as their parents' money mistakes?

News & Education / What do adults see as their parents' money mistakes?

At a certain age, many children have to deal with the financial mistakes their parents make. That could mean having to help them out with money, or even having mom and/or dad move in with you.

Some families actually plan for that to happen. In other cases, there are limited options given the high cost of assisted-living facilities and nursing homes.

Whether it's planning for long-term care or just concerns over financial health, many younger Americans are worried about their parents' financial health, according to a new survey conducted by Medical Alert Buyer's Guide, a website that reviews medical alert equipment.

What are the biggest concerns?

Only 15% of those surveyed felt their parents made no financial mistakes. The rest named a variety of different money errors they perceived their parents to be making, including:

As you can see, many of these are related to kids worrying that their parents have not saved enough or planned for retirement. That's something children have to be concerned about, because at some point they may have to make financial decisions on behalf of their parents. They may also—and this is clearly something to worry about—be forced to pay for care or other expenses their parents can't afford.

What should you do?

It's not always comfortable for kids to talk about money with their parents. In some cases, the topic can be embarrassing or just uncomfortable—but that does not make it any less essential.

If your parents are well off and don't require any sort of financial intervention, it's still important to know their wishes in case a time comes when they can't express them. When circumstances are less clear, it's very important to open a dialogue. As a kid, that can be a sort of role reversal. You should start by taking a deliberate approach and asking your parents what their plans are for their future and how they plan to pay off debt, deal with an incapacitating illness, or handle any other calamity.

You may find they already have a plan worked out. Maybe they're in better shape than you think—maybe they expect to downsize and move someplace cheaper, or have savings you don't know about. If that's not the case, then you have to really dig into the numbers and ask the tough questions. You may have to bring in outside help to force your parents to see their reality and the burden that could create for you.

What's important is to assess the situation and have your parents face their reality as early as possible. Ideally, this happens when they are still young enough to make changes, or at least before children are forced to get involved.

It's not easy to talk about money—especially when poor choices have been made—and it can be harder to be the adult in a relationship where you are also the child. Despite that, it's important to have these conversations, because things only get worse if potential problems are ignored.

This article was written by Daniel B. Kline from The Motley Fool and was legally licensed through the NewsCred publisher network. Please direct all licensing questions to legal@newscred.com.

Related Topics
January 14, 2021
Want to get financially healthy in 2021? 5 simple New Year’s resolutions
by Liz Frazier
January 07, 2021
9 preventative car maintenance tips that will save you money
by Corazon Gritar
January 07, 2021
How to talk with your parents about their estate plan, even if they don't want to
by Liz Knueven