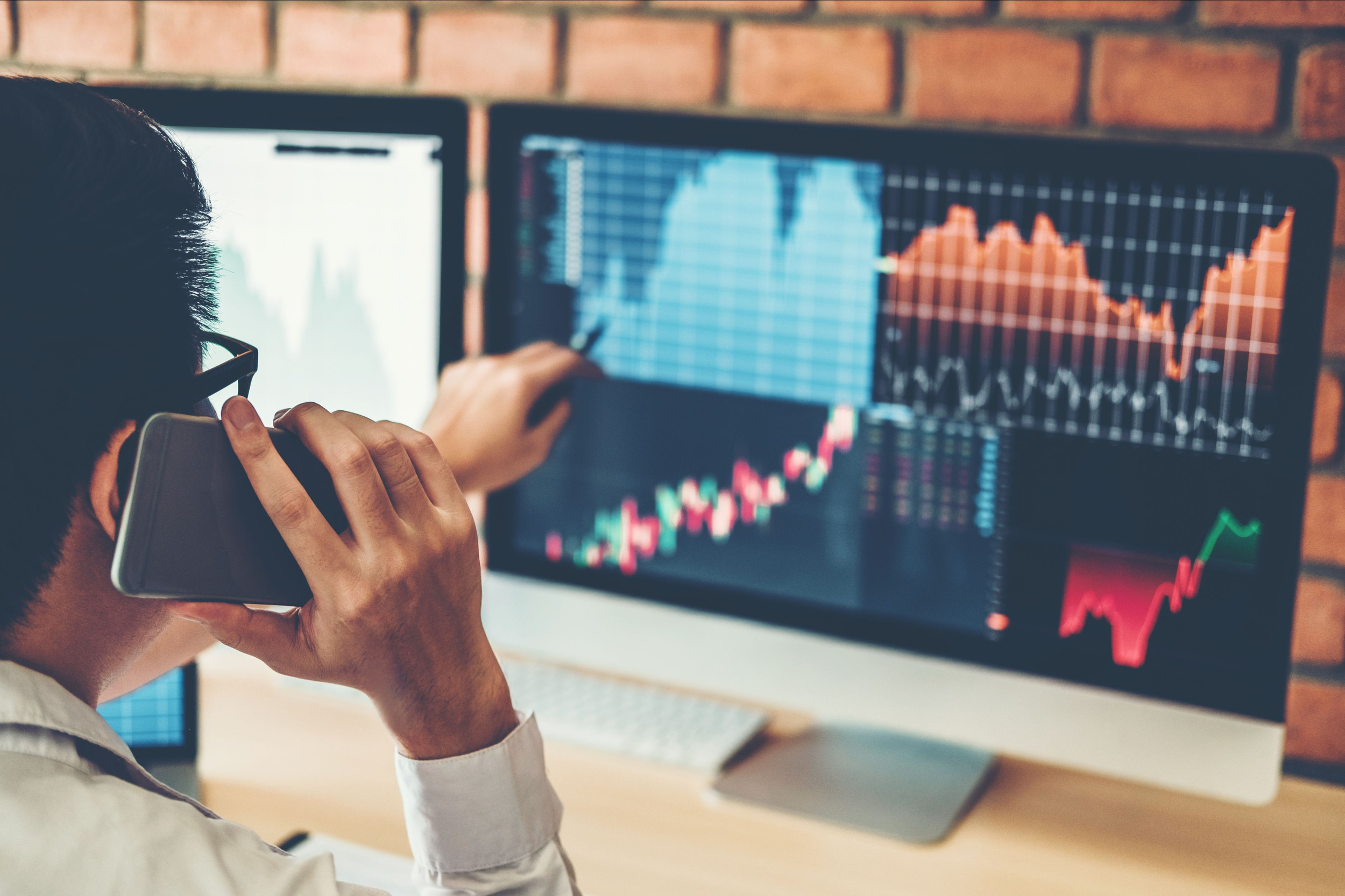 Last week, investors were given a harsh reminder—namely, that the stock market can go up and down and that the price of admission to long-term outperformance is dealing with bouts of volatility from time to time.

Over a two-day stretch on Feb. 24 and 25, the 123-year-old Dow Jones Industrial Average, the technology-heavy Nasdaq Composite, and the benchmark S&P 500 lost more than 1,900 points, over 610 points, and nearly 210 points, respectively. On a percentage basis, it equated to losses of roughly 6% to 7% and completely wiped out the S&P 500's year-to-date gains.

The primary cause of this stock market chaos is growing concern surrounding the spread of COVID-19, the lung-focused novel coronavirus that's sickened more than 80,000 people around the globe and has been cropping up in a number of new countries. Not only is this illness a threat to human life, but it also has the potential to disrupt supply chains that are at the very core of economic growth, which has some folks worried about a recession.

With all three stock market indexes now within striking distance of true stock market correction territory (i.e., a non-rounded decline of 10% or more from a recent high), now is the perfect time for a brief refresher about the ins and outs of a correction.

1. Stock market corrections happen a lot so you shouldn't be surprised

To begin with, stock market corrections aren't as rare as investors might think they are. Since the beginning of 1950, data from market analytics aggregator Yardeni Research shows that there have been 37 corrections in the S&P 500 of at least 10%, without rounding. That's a notable move lower in the broader market once every 1.89 years, on average.

Obviously, the stock market doesn't abide by averages, but it does demonstrate that moves lower happen with pretty regular frequency.

2. They're often driven by emotion

As you may have noticed, moves lower in the stock market during times of correction tend to be a lot steeper than upward moves during a bull market. That's because, while logic, reason, and earnings growth tend to push valuations higher over the long run, emotions are the primary catalyst for stock movements over short periods of time.

Emotions do swing both ways, though, so I don't want to make it seem as if they don't drive rallies, either. But the swiftness of stock market corrections can, at least in part, be explained by emotions guiding trading activity.

3. We rarely know what causes corrections until after the fact

Put the crystal ball down...you're not a psychic! While it's possible to guess the cause of a stock market correction from time to time, it's impossible to do so with any accuracy over the long run. More often than not, the reason the stock market corrects to the downside is due to a factor that virtually no one on Wall Street or Main Street has been considering.

While all eyes have been focused on U.S.-China trade tensions or the inverted yield curve, it's actually a novel coronavirus that's pushing equity valuations lower. In sum, we rarely know the cause of corrections before they happen.

4. We also don't know how steep the decline will be

In the words of Socrates, "I know that I know nothing." While we have plenty of evidence that can tell us the average amount of time it takes for a correction to find a bottom, as well as how far the broader market typically falls during such a period, every correction event is going to be unique. As you'll see a bit later, it pays to be a buyer during any correction, no matter how steep, even if we don't ultimately know where the bottom is.

5. Corrections are often short-term events, but we never know for certain

As noted, since stock market corrections are often driven by emotions, they're more often than not shorter-term events. Of the 37 corrections that have occurred over the past 70 years, 23 of them have gone from peak to trough in 104 or fewer calendar days (that's about 3.5 months). In fact, over the past 36 years, only three corrections have lasted longer than 3.5 months.

Nevertheless, since every correction event is unique, we're never going to know in advance how long it's going to last.

6. Heading for the sidelines is often a bad idea

This aspect of "not knowing" (i.e., not knowing ahead of time what'll cause a correction, how long it'll last, or where the bottom will be) is a big reason investors head for the perceived safety of the sidelines. However, doing so is almost certain to be a decision you'll regret. That's because the stock market's best single-day percentage gains are often in very close proximity to its single-day percentage losses. If you miss out on even a handful of the market's top-performing days, it can seriously crimp your long-term return potential.

Perhaps the most important reminder of all is that long-term investors who shrug off emotion-based short-term trading and continue to buy high-quality companies almost always come out ahead. Each and every one of the S&P 500's previous 37 stock market corrections was eventually put into the rearview mirror by a bull-market rally.

Sometimes this happens in a matter of weeks, and other times, it can take a few years. But if you stay consistent to your buy-and-hold thesis, there's a very good chance that you're going to grow your wealth substantially over time and that today's corrections will appear as nothing more than minor hiccups in the long run.

This article was written by Sean Williams from The Motley Fool and was legally licensed through the NewsCred publisher network. Please direct all licensing questions to legal@newscred.com.