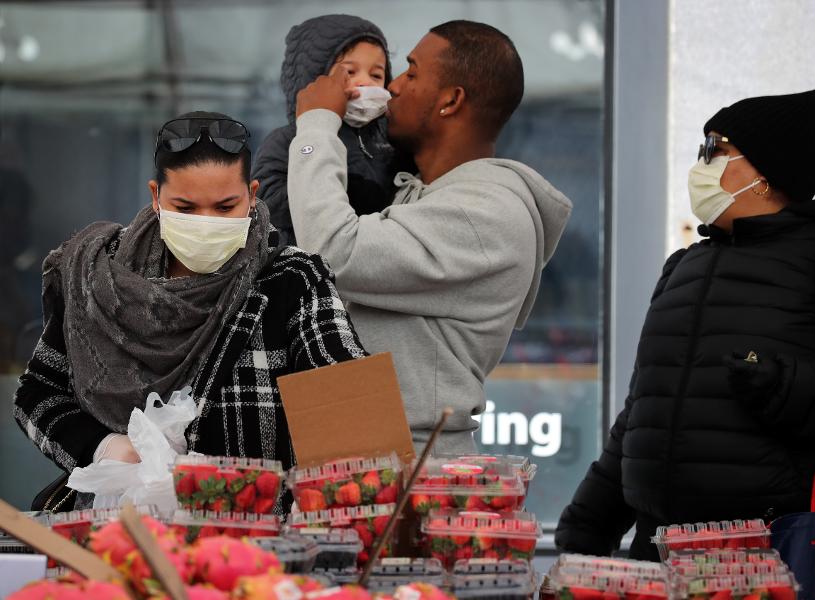 New research suggests the coronavirus has changed the way parents look at food, and not necessarily for the better. The survey found parents were more likely to have made dietary changes, including snacking more often and drinking coffee in the afternoon. They were also more likely to express worry and pessimism, explained lead researcher Allison Webster, PhD.

The online survey of just over a thousand Americans ages 18 to 80 was fielded between April 8 and April 16, about a month after the earliest shelter-in-place and stay home directives went into effect, and was weighted to reflect U.S. demographics for age, gender, race and ethnicity, education and region.

“Parents are really going through some stuff this year,” said Webster, a researcher and registered dietitian at the International Food Information Council, a non-profit organization that counts food, beverage and agriculture industry professionals among its stakeholders.

Parents are now juggling work responsibilities with childcare, sometimes from multiple jobs. “It’s not surprising at all that things would be changing in terms of our relationship to food and our behaviors around food,” Webster explained.

Most Americans say they’re eating differently as a result of the pandemic—eight out of ten, to be specific—but parents, women and consumers under 35 were the groups most likely to have made changes. Parents usually stick out from other groups of consumers in food surveys, according to Webster, but this year the differences are particularly striking.

Parents are worried about going to the grocery store

Parents are far more worried about shopping in person at the grocery store, for example, with 43% of parents with children under 18 expressing heightened concern about in-person grocery shopping, as compared to just 33% of consumers without children.

They may be worrying about passing the disease on to other family members, or falling so ill they can’t care for their children, explained Webster. And there are other stressors too. “A lot of times it’s necessary to bring your kids with you to the grocery store,” she said.

Forty-one percent of parents say they’re snacking more often, as compared to just 29% of non-parents. They’re also more likely to skip meals entirely, snack more than once a day and drink caffeine with lunch. “We also saw that parent were more likely to consume caffeine from a lot of different sources,” added Webster. Not just coffee but tea, iced tea, diet soda, energy bars, energy drinks—you name it, parents will try it, apparently.

That said, many survey respondents did say they’re trying to eat healthier during the pandemic, and that includes parents. Eighteen percent of survey respondents report using an app to track their eating habits, but the number is even higher among parents and women.

Parents are also far more likely to express pessimism about the future, at least as far as dietary health is concerned. Twenty-two percent of parents with children under 18 expect the American diet will become less healthy over the next decade, as compared to just 12% of non-parents.

This article was written by Jenny Splitter from Forbes and was legally licensed through the NewsCred publisher network. Please direct all licensing questions to legal@newscred.com.

Related Topics
January 21, 2021
Rebuilding your finances after divorce
by Kate Stalter
January 14, 2021
How parents can help their kids build good credit at any age
by Motley Fool Staff
January 07, 2021
How to talk with your parents about their estate plan, even if they don't want to
by Liz Knueven