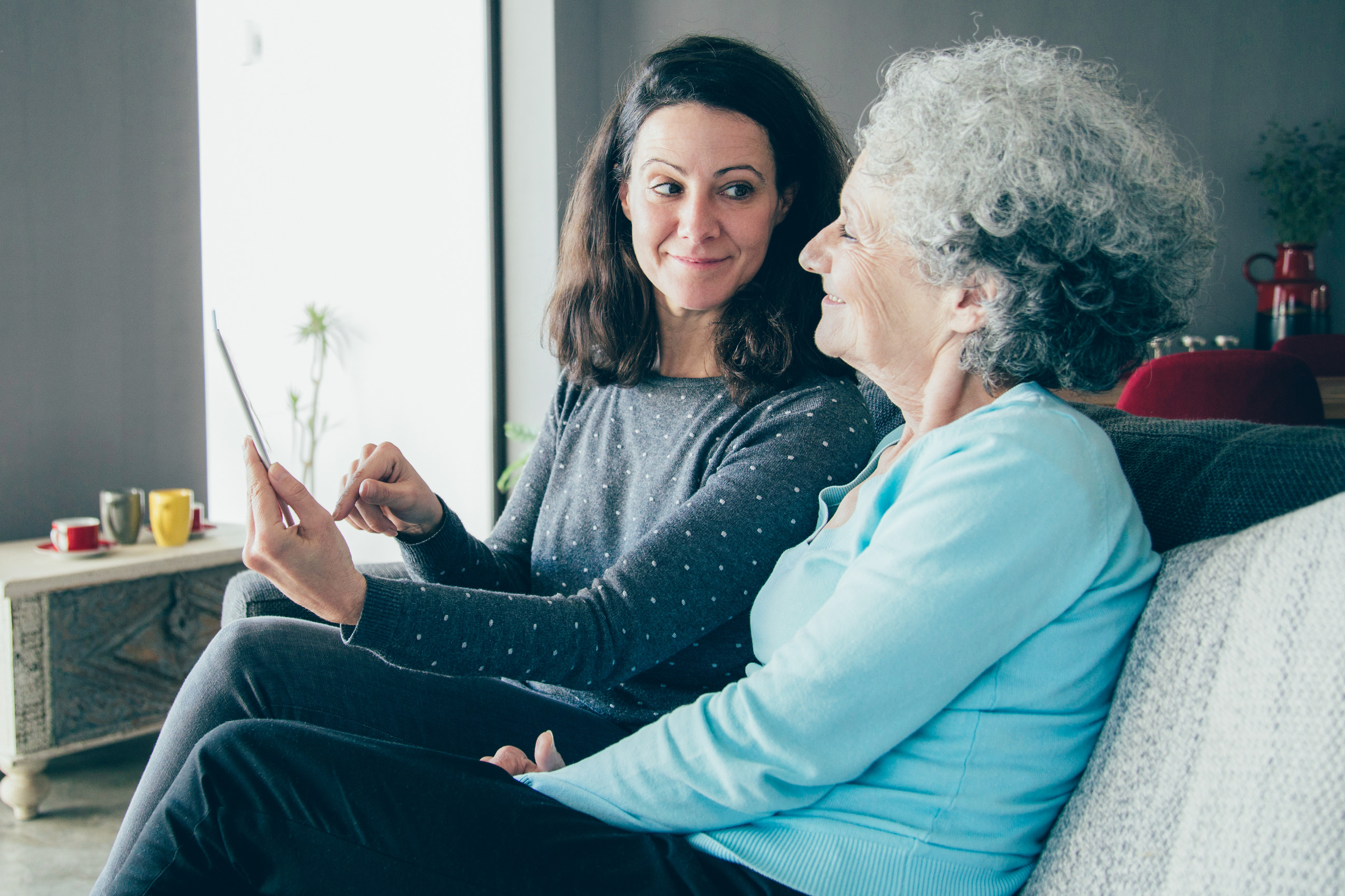 Denise Clark was at her wits’ end. Her elderly mother, who had already drained a modest 401(k) and tapped the family home for a home equity line of credit, wanted Clark and two siblings to subsidize her living expenses. Items included non-essentials such as a brand-new car loan and generous birthday gifts for extended family members, to the tune of hundreds of dollars — each.

“When she knew she was going to run out of money, she said, ‘I need several hundred dollars a month from each of you to maintain my lifestyle,’ ” says Clark, a retired tech manager who lives in California. Her mother, who lives in upstate New York, “does live beyond her means.”

Clark is hardly alone in her struggle to keep her own financial security intact in the face of requests for financial assistance from elderly parents. Research has found that 13% of Americans are supporting a parent, including a sobering 19% of millennials.

“I’ve seen this situation a lot of times,” says Debra Feldman, a Chicago-area aging life care expert and founder of the firm Debra D. Feldman & Associates, Ltd. “A friend of mine wound up using a lot of his own assets to care for his ailing father, and he has nothing now.”

Clark says she and her siblings don’t have the kind of money her mother is demanding to spare — and she admits she is reluctant to turn over funds that she socked away by careful budgeting to a parent who has shown little motivation to save herself. With Clark and her brother in their 60s and a sister nearing 60, she worries that one or all of them could lose the financial security they worked so hard to acquire, and the nest egg each of them spent decades building.

Here’s how they and others in their position can help aging parents without putting their own retirement in jeopardy:

Establish boundaries — and stick to them

“The primary thing is to communicate the boundaries of what you can do and what you’re unable or unwilling to do,” says Susan Zimmerman, a chartered financial consultant, marriage and family therapist and co-founder of Mindful Asset Planning in Apple Valley, Minn. It’s always hard to turn someone down, but oftentimes it’s absolutely true that the adult children can’t afford that support,” she says. The role reversal of a child setting limits with a parent makes the dynamic particularly challenging, she adds.

But it’s a critical conversation — or series of conversations — to have. The last thing you want is to repeat the cycle with your own children down the road, experts point out. “Unless they’re extremely wealthy, they really can’t use their own funds because they’re not going to have funds for themselves,” Feldman says.

You might be confronting what Zimmerman characterizes as “a lifelong style of spending it all and then some,” like Clark’s mother. Or some seniors turn to habits like shopping or gambling later in life, to cope after the death of a spouse or declining health. “Spending as a hobby, spending as entertainment — it kills boredom,” Zimmerman says. “They’re spending more than they should and even more than they need to,” she says.

“What often happens is the parent has gone out and spent money on Amazon, QVC, Walmart, Target — they’ve gone and spent their income on things that aren’t necessary,” says Letha Sgritta McDowell, a certified elder law attorney at Hook Law Center in Virginia Beach, Va. and Kitty Hawk, N.C., and secretary of the board of directors of the National Academy of Elder Law Attorneys.

If you have the money to help out with smaller expenses and want to make sure those funds don’t get frittered away, sometimes it can be as simple as not giving your parent cash, McDowell says. “What I’ve recommended is they do direct bill pays, like paying for the cell phone bill or power bill, so the money isn’t passing through the hands of the older adult,” she says.

Zimmerman says you’re more likely to make headway if you approach the problem in the spirit of collaboration. “Open with, ‘We’ve been working on our financial plan, which involves planning for the future. Can you help me with that?’ That’s what parents are used to doing — helping you,” she says. “You don’t want to come across as scolding. Be encouraging — it takes that for two people to talk about a subject they’ve very rarely if ever talked about.”

Check out government programs for seniors

There are many government programs that help seniors in need. For example, McDowell says the Medicare Savings Program can help low-income seniors who also qualify for Medicaid afford a Medicare prescription drug plan. HUD runs a number of housing programs for seniors — although waiting lists can often be long. (If you think there’s even a chance one of your parents might need subsidized housing, enroll as early as possible, experts advise.)

Other programs and services vary by state, but can include help with heating bills, food stamps, property tax relief and other forms of assistance. You can find local resources by putting in your loved one’s zip code in the eldercare locator run by the National Association of Area Agencies on Aging.

Between property taxes, utility bills and maintenance costs, housing can be a thorny challenge. McDowell suggests that seniors who are physically able to remain in their homes could explore what she calls a “Golden Girls living situation.”

“The challenge is that requires the senior to be willing to move or take in a roommate,” she says, but she adds that there could be benefits beyond making the cost of living manageable. “There are studies that indicate socialization and interaction are extremely beneficial,” she points out.

If you’re looking at significant credit card debt, medical bills or an underwater mortgage, bankruptcy can be an option for relief. “There are older adults that do file for bankruptcy. If there’s excessive debt, that is always an option,” McDowell says.

Another legal option is trusts. Dennis Sandoval, a Riverside, Calif.-based estate planning attorney involved with the Special Needs Alliance, says families with means might consider using trusts to designate money for particular people or purposes. Although trusts cost money to establish and maintain — Sandoval says people can expect to pay the trustee around 1% of the trust value annually — they could be a solution for some families with, say, a seven-figure nest egg. For instance, if you’re afraid that you might be unable to maintain and keep boundaries around your finances, you can even set up a trust with a lawyer or another neutral party as the trustee.

“Inside a revocable living trust, I can give a certain percentage or dollar amount to my parents and that money would be managed by a trustee — someone other than them — and that trustee would be given direction as to how to distribute those assets out,” he says. If you’re dealing with a more serious problem than general poor financial management, such as a gambling or substance abuse problem, restrictions built into the trust can make sure the money is used only for its intended purpose.

Ultimately, McDowell says, it comes down to establishing and maintaining boundaries. “I joke that a big part of my job is therapy and helping people understand what their roles really are,” she says. “Be empowered to say, ‘You’re responsible for you, I need to be responsible for myself.’ ”

Clark says coming to this realization has given her more peace of mind when it comes down to turning down her mother’s requests for spending money, saying that she realizes she and her siblings need to fund their own retirements. “I can’t let her jeopardize any of us,” she says.

This article was from MONEY and was legally licensed through the NewsCred publisher network. Please direct all licensing questions to legal@newscred.com.

Are you looking to start saving for a car, house, or retirement? Check out our savings accounts that can help you get there.

Related Topics
January 21, 2021
Are you saving too much for retirement?
by Eric Brotman
January 21, 2021
5 strategies for 40-somethings who are way behind on retirement savings
by Robin Hartill, CFP
January 07, 2021
How to talk with your parents about their estate plan, even if they don't want to
by Liz Knueven