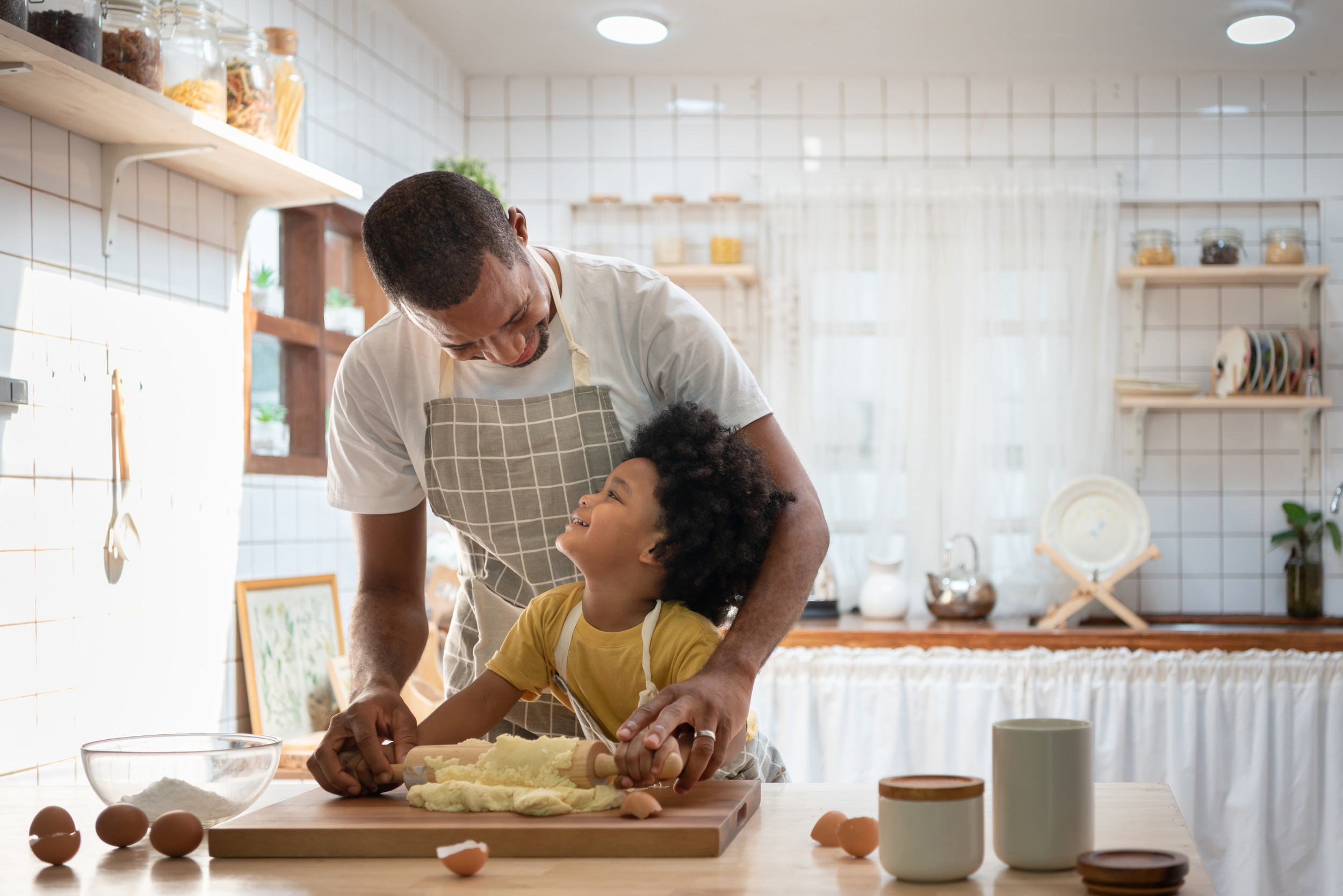 At age 2, my son has more money in the bank than I did at 18, and it's part of my plan to build generational wealth

At age 2, my son has more money in the bank than I did at 18, and it's part of my plan to build generational wealth

News & Education / At age 2, my son has more money in the bank than I did at 18, and it's part of my plan to build generational wealth

One of my proudest financial moments was the day I reached $2,000 in savings at age 18. More than a decade later, my two-year-old son has not only passed that number already, but he is also on pace to have close to $150,000 when he turns 18 — 75 times the amount I had.

This isn't because I inherited a fortune or sold a business for thousands of dollars. This is an example of simply investing in the stock market early and holding for the long-term.

Growing up, my view of creating generational wealth was narrow. My parents didn't have a financial planner and neither owned stocks. The extent of my financial knowledge up until this point didn't go beyond checking and savings accounts.

Only 41% of Americans today can cover an emergency expense of $1,000 with their savings. Additionally, the median net worth for African Americans in the greater Boston area was just $8 (that is not a typo) in 2017 and nationally it is just over $17,000 today.

So while a healthy savings account will always be an important part of any generational wealth plan, it will not substitute for the power of investing. I learned this lesson the hard way just two years later during my first internship with a major investment firm in New York City.

That internship was the first time I was introduced to the stock market and it led me on the path that I am on today with my own children.

I asked myself, "If my parents invested in Apple, how much money would I have today?" I found that if my parents had invested just $1,000 per year (about $83 per month) from the time that I was born until 2010, I would have had more than $800,000 before I even turned 25. My life could have been drastically different had investing been more accessible back then or if there were more financial planners in my community of Tulsa, Oklahoma.

These are examples of the systemic issues contributing to the fact that only 33.5% of African-American households owned stocks in 2019 compared to 66% of white households. And less than 4% of all Certified Financial Planners are Black or Latino despite being 30% of the American population.

As a parent, I vowed that my kids would never have to wonder "what if" like I did. Within weeks of bringing my kids home from the hospital, each of them had a 529 college savings plan and a custodial account. Both of these tools (if managed properly) will put them ahead in ways my great grandparents — survivors of the sharecropping era in the Deep South — could never have imagined.

But investing is only half the battle. To give my family a shot at generational wealth I must work to maintain my own financial stability and educate my children on how to manage their own money as they get older. Without these two steps, I risk becoming one of the 70% of families that lose their wealth by the second generation.

During my career as a financial advisor, I witnessed firsthand what other families had done to create and sustain generational wealth while also helping others recover from major financial missteps.

The vast majority of financial habits are learned at home and by not having an open and clear conversation you may still be sending a message. One study by personal-finance app Acorns found that 68% of people would rather discuss their weight than their savings. This reluctance can erode wealth and foster an environment of shame or avoidance.

I have found that some families may be embarrassed to talk about money with their kids because they feel they do not have "enough" or because of the financial mistakes they've made in the past. Discussing those mistakes is critical because generational wealth can be obtained by avoiding the same mistakes as those who have come before you.

Time will always be the most valuable asset. The sooner a family invests, the less expensive generational wealth becomes. For example, starting at age 1 and investing just $100 per month, a person could become a millionaire at age 61 assuming a 7% annual return.

Whether you have a financial planner or you opt to do it yourself, make a habit of updating your entire financial plan annually at a minimum. This not only includes your retirement accounts but also your will, life insurance, and any other assets with listed beneficiaries. You should also consider updating these when a major change occurs in your life such as a death, divorce, marriage, or a new addition to the family.

While not an exhaustive list, these three tips are proven to help create generational wealth in just one generation. Today, my source of financial pride doesn't come from my savings account. It comes from the seeds I've planted for my son and daughter and the fruit they will one day enjoy.

This article was written by Kevin L. Matthews Ii from Business Insider and was legally licensed through the Industry Dive publisher network. Please direct all licensing questions to legal@industrydive.com.