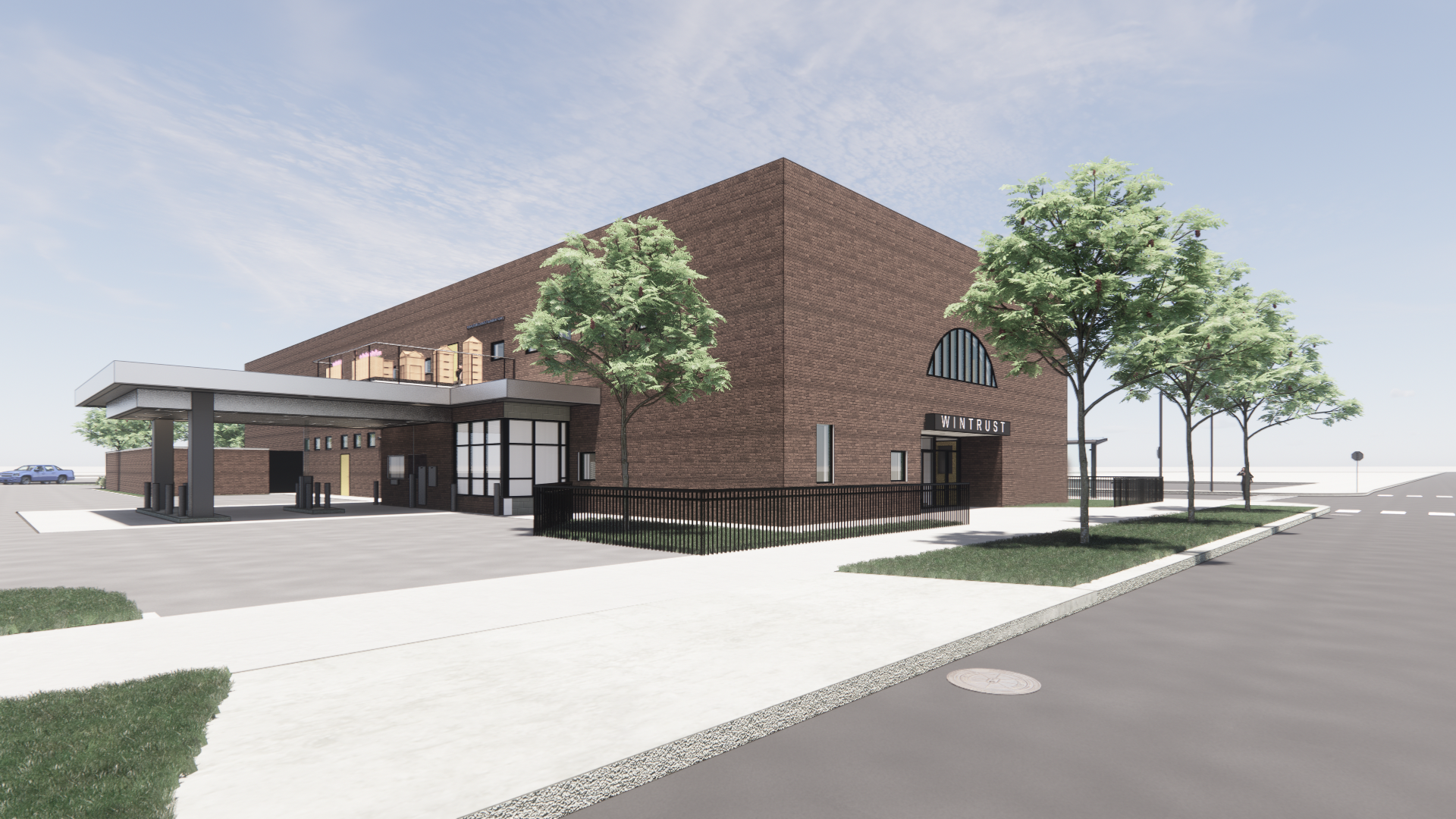 Being Chicago’s Bank® comes with the responsibility to serve everyone. At Wintrust’s 20 year mark in 2011, we knew if there was any bank to step into that title, it was us. With that, came a concerted effort to find opportunities to branch out into areas that have traditionally been underserved.

For the past three years, we’ve been searching for the right opportunity, space, and partner, to help us expand our service. We’ve found all three with our new North Lawndale location, set to open in the spring, and our relationship with the North Lawndale Employment Network (NLEN).

Although this is a neighborhood we have not yet been physically part of, we’ve already established meaningful connections with the North Lawndale community. Much of the credit for that goes to Anthony Scott, vice president and business development officer for Wintrust Bank. Anthony calls himself “boots on the ground.” It’s his connections to the North Lawndale community—both personal and professional—that have gotten the bank involved in the neighborhood early.

It was through this “on the ground” work, that Anthony made the initial connection to NLEN. At the time, as manager of the Near West Wintrust Bank location, he was researching local nonprofits in the area and came across NLEN. He realized it was an organization right down the street from where he lives. Anthony met with NLEN representatives and, the more he learned, the more he fell in love with them and all they do. He joined the board of directors shortly after.

NLEN is focused on serving North Lawndale’s unemployed and underemployed, and helping them connect with employment opportunities, acquire new skills, improve self-worth, and become more financially secure. It was Anthony’s initial work with NLEN that opened the door for our North Lawndale location. NLEN was moving forward with a new facility in North Lawndale. Anthony and Wintrust representatives met with NLEN CEO Brenda Palms-Barber, and others, to explore the possibility of the bank putting an ATM in the building. As it turned out, NLEN’s new building was once a community bank that had since left. That moved the conversation to consider: What if this was more than an ATM?

From there, things snowballed. Chad Steinke, senior vice president-head of retail banking for the Chicago central market, shared the vision and started leading the charge to open the North Lawndale location, which will be NLEN’s tenant in the new building. The official decision for a branch in this neighborhood came towards the end of 2018.

Wintrust is always thoughtful about opening a branch in a new community, but stakeholders have been even more sensitive with the North Lawndale expansion. That’s where Chad and Anthony have played a vital role. They’ve worked hard to ensure that the North Lawndale neighborhood knows Wintrust, and who we are, before the location is officially open.

Anthony is part of the North Lawndale Chamber of Commerce, and he attends every community meeting. Wintrust bankers have also partnered with local organizations to host Money Smart classes, including one at a recent think tank event to educate local small business owners on how to receive bank funding and prepare to borrow. The bank will also partner to sponsor a couple of local organization’s Money Smart week presentations.

All of this has been part of the effort to ensure the community knows our commitment to the neighborhood and the people who live there.

Other banks and organizations have given to the community with monetary donations from afar, but the Wintrust approach looks different. Our contributions aren’t necessarily tied to the big donations. We show our commitment by getting involved and giving back in ways that don’t always get measured monetarily.

“As we have been there more, the community is saying, ‘Yeah, they’re here. They’re here for real. They’re not just here dropping off a check. They’re going to be part of this.’ That’s where the Wintrust mantra has really taken effect in this community,” Chad explains further.

Another big help for the transition into North Lawndale, has been the partnership with NLEN, which has been a natural fit. Both organizations are committed to providing opportunities, resources, and support to the North Lawndale neighborhood. We’ve even utilized NLEN services to staff the new branch.

NLEN also offers financial literacy programs of their own that are different than Wintrust’s, so the Money Smart curriculum complements what NLEN is already doing. NLEN has a financial center where they educate community members about having bank accounts and working with banks, but they didn’t have a financial institution to partner with to refer participants to.

Over the past two years, with the Wintrust relationship, that has changed. When the new branch opens, it will be even easier to connect community members with bank resources. Currently, there is only one other bank in the North Lawndale neighborhood.

“Just the fact that we’re coming to the community means so much to the area,” Anthony explains. “We’re bringing to this community, a full service financial institution that will hit the ground running, because they’ve already been operating in the community for years.”

According to Anthony and Chad, the community is embracing our presence. The North Lawndale neighborhood is experiencing a renaissance, and Wintrust is ready to play a role in supporting that revival. North Lawndale was once home to Sears, Roebuck and Co.’s headquarters. It was the main employer to the area until it moved to the suburbs in the 1980s, along with many of the community’s jobs, causing mass unemployment.

“We’re talking about a community that has been overlooked for years,” Anthony explains. “This will make such a big difference. You can’t draw businesses, unless you have foundational businesses such as a bank.”

Chad and Anthony say upwards of 50 employees deserve the credit for making this branch come to life, and the number grows by the day. Anthony explains that the North Lawndale location helps show Wintrust’s commitment to the African American community at a higher level. The plans for a branch in an underserved, predominantly Black neighborhood have been years in the making.

“Part of it is luck that Anthony joined the board [of NLEN]. They were looking to make this move…a lot of stars aligned the right way,” Chad says. “But, it gave us an opportunity, knowing how important this was to us, to take a little bit of a chance. And, we spun the idea of putting an ATM in this new building into putting a branch in this new building.”

Now that the branch is coming to fruition, it allows us to continue to make connections with other organizations and expand the network of resources in North Lawndale. Chad and Anthony say there will be even more to come as we deepen our roots in the neighborhood.